HomeN18b down the drain as powerful debtors, insiders allegedly walk away with...
Featured

N18b down the drain as powerful debtors, insiders allegedly walk away with loans that ruined NERFUND 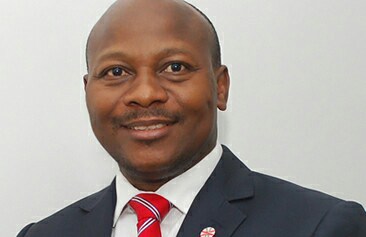 Details of how National Economic Reconstruction Fund (NERFUND) was ruined has been revealed.

A report by societynow.ng stated indicates ‘after all the huffs and puffs, the situation remains the same.’

It was revealed that the beneficiaries of the huge loans that wrecked life-changing institution, National Economic Reconstruction Fund (NERFUND) remain free – and enjoying life.

And reality shows that the only recoup made were those recovered by the last management team put in place to revamp the place – before the shutdown – with Mohammed Kollere as Acting Managing Director and Elenwor Ihua the Executive Director, Operations.

According to societynow.ng, the Kollere led management team had initiated an institutional self-audit process that blocked Nerfunds excesses and exposed all complicit in the system that placed it on the edge.

A thorough debt recovery approach that put the fear of God in debtors was deployed to get back loans already listed ‘’gone bad’’ was deployed.

The debtors were identified to be ‘’top level players at NERFUND their associates, those they recommended, powerful politicians and influential government functionaries’’

What the Mohammed Kollere team failed to take into consideration was the passion corruption would fight back.

Protests against them by workers raged, petitions of corruption flew about town and image assassins came after them in drove – they were cleared after multiple investigations.

Eventually a political solution was provided.

‘’shutdown Nerfund via the Bank Of Industry and ensure BOI working with the Ministry of Finance recoup the mega debts that wrecked the place’’ a source sum up government way out of the mess.

But weeks after, after all the media frenzy and public drama of going after the debtors – things have cool down and interest lost in the cause.

‘’it appears just like it was before the Korelle team attempted to effect a change, the bulk of the N18billion loan have indeed gone bad’’ a keen watcher of events points out.

And many in the know believed the situation is so because of the ‘’nature’’ of those complicit in the mess that wrecked a national institution.

Established in 1989, the National Economic Reconstruction Fund was set up to provided much needed medium and long-term financing to viable small and medium scale production enterprises in Nigeria.