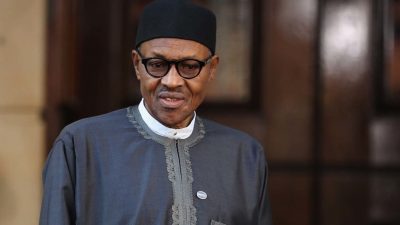 Members of the National Democratic Coalition (NADECO), the group of pro-democracy activists who fought the bitter war for the entrenchment of democracy during the dark days of military dictatorship, are once again back in the trenches.

The group, which took the campaign for the sanctity of the ballot paper to the global arena in the wake of the annulment of the June 12, 1993 presidential election won by billionaire politician, Chief M.K.O Abiola, reconvened at the weekend to fight another war to protect Nigeria’s democracy.

The regrouping of NADECO, which comprises remnants of the old activists that fought the military to a standstill, came on the heels of calls by former Vice-President Atiku Abubakar for the devolution of power to the country’s federating units for Nigeria to develop.

At a meeting attended by prominent NADECO chieftains like Dr. Amos Akingba, Chiefs Ayo Opadokun and Ayo Adebanjo, in Lagos, the group made a damning verdict on the country; “Nigeria is back to dictatorship.”

In a statement released after the meeting, the group said, “it is time once again to rise and defend democracy in our dear country. We are very troubled by recent national developments and are forced to issue this warning to all our compatriots that democracy is once again under threat in our nation!”

While condemning military operations against the Indigenous Peoples of Biafra (IPOB) in the south-east and the planned attempt to repeat it in the other two zones in Southern Nigeria, the group called for the entrenchment of true federalism in the country.

According to NADECO, “In Abia State, the soldiers invaded communities, tortured civilian population, over-awed the constitutionally elected governor and civil institutions of the state, and declared the IPOB a terrorist organisation, in defiance of the judgment of the Federal High Court.

“All of these actions are unconstitutional and represent an illegal takeover of the functions of the National Assembly, the Abia State House of Assembly and the legal authorities.

“The Army High Command has announced further that the ‘Operation Python Dance’ will be a regular event and that another similar activity named ‘Operation Crocodile Smile’ will be carried out in the south-south and south-west.

“The actions of the military, we restate, are inconsistent with the constitution of the Federal Republic of Nigeria, and may be the beginning, if not checked, of the unwitting or witting subversion of democracy in Nigeria.”

The group also seeks a return to the 1963 Constitution, which it said described essentially what true federalism is with emphasis on the coming together of independent federating units to form a federation which central government they cede some of their powers and responsibilities to.

NADECO also decried misinformation on the definition of restructuring particularly by partisan political operators who want “to confuse the Nigerian public and particularly our young people about the clear and unambiguous meaning of Federalism which universally represents a system of government whereby there is a distribution of power particularly between a central government and the constituent units wherever it is practised as opposed to centrist/unitary government.”

While lamenting the slow progress in the northern part of the country, Atiku who spoke at a forum on political leadership among youths in Abuja said, “We fought the Civil War with the Igbo, but today if I drive from the north to the east, the east has been completely developed, but you will still find thatched roofs and mud houses in the north. Is it the fault of the easterners that the north is like that?”

According to Atiku, restructuring will enable the 36 states to acquire more powers, which will enable them to generate more resources for regional development.

“The arrangement of the country in the last 50 years has not served us very well. I am not a product of the current structure of Nigeria; I am a product of the First Republic. I saw the regional government at work and I have also seen this arrangement at work, and that was why I came out to the detriment of my career to advocate restructuring of Nigeria and I still stand by what I said. 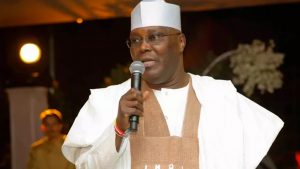 “I believe what is more important is the devolution of powers and resources to the various components, whether you want to call them states or regions. There are other issues that must be tackled along with the political restructuring of Nigeria; the economy is also a very important issue.

The former vice president stressed the need for all the ethnic nationalities in Nigeria to dialogue in order to proffer solutions to the lingering challenges facing the country.

Atiku, who hinted that he would quit active politics in 10 years, called for the removal of state of origin from the constitution to be replaced with state of residency, saying it would put an end to cases of quit notices in different parts of the country.

The former vice president said the product of the 1995/96 constitution drafting committee was not what was eventually released and foisted on the people of the country in 1999.

“I was a member of the constitutional conference of 1994-1995, but what we actually drafted was not what eventually came out.”

Meanwhile, the Federal Government has warned those it described as troublemakers in the country, irrespective of the geo-political zone, against using their complaints as an excuse to subvert the social order in the country.

Vice President Yemi Osinbajo gave the warning during a grand reception in his honour at Godswill Akpabio International Stadium Uyo, Akwa Ibom State at the weekend as part of activities marking the 30th anniversary of the state’s creation.

He stressed that President Muhammadu Buhari at all times is prepared to engage and listen to every group in the country, thereby acting for the best interest of all.

Osinbajo urged Nigerians to resist attempts by disgruntled elements whose stock in trade is destroying the bonds of brotherhood that have been built through tribe and tongue for years past.

“We must not take for granted the steady progress of our economic growth and stability not just as a state but as a nation; peace is the foundation of enduring prosperity, and for peace to reign everywhere in Nigeria, all of us as Nigerians must make necessary sacrifices.

“We are in a situation where we must take seriously the admonition to love one another, whatever complaints we may have must not be an excuse to subvert the social order.

“You and I as individuals have a major role to play, citizens everywhere should never sit idle when misguided elements in our midst recklessly destroy the common bonds of friendship and brotherhood that have been built through tribe and tongue for decades. It is our duty to speak up and convey the message of peace and reconciliation, a message which is common to cultures and religion in
Nigeria,” he said.

Earlier, Emmanuel acknowledged that the state came to be as a result of persistent demand by the people, thanking former military president Ibrahim Babangida for creating the state on September 23, 1987. The Guardian NG