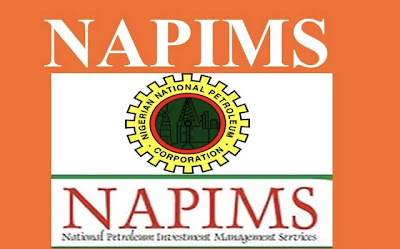 The National Petroleum Investment Services (NAPIMS) says it spent N40 billion from the N90 billion it documented as public relations expenses in its 2021 annual financial statement on Ogoni clean-up.

NAPIMS, a subsidiary of the Nigerian National Petroleum Commission, made this clarification following a report by Peoples Gazette that outlined how its audit report for 2021 revealed that it spent a staggering N90 billion on media and public relations

NAPIMS said the financial statement used in the report represented the equity stake in the 13 joint venture agreements in Nigeria’s upstream oil and gas industry.

Despite the fact that the organisation did not assert that the audited report cited in report was false or misleading, it claimed that the audit report was a compilation of all accrued income from equity crude oil and gas lifted as well as other income and expenses incurred by all the joint venture operators.

“For the record, the audited financial statement of NAPIMS represents the equity share in the 13 joint venture arrangements in the upstream sector of Nigeria’s oil and gas industry.

“This means that all accrued revenue from its equity crude oil and gas lifted, and other incomes and expenditures incurred by all the joint ventures operators are consolidated to prepare the NNPCL/NAPIMS audited financial statement (AFS)in respect of the NNPCL upstream petroleum activities,” the statement read.

NAPIMS broke down the amount to include N40.095 billion spent for Ogoni clean-up, N25.5 billion on an Agbara judgement fine, and N6.07 billion on an Ogoni restoration project.

It went on to say that N12.15 billion of the public relations fund was spent on global memorandum of understanding funds for host communities, and N6.09 billion was spent by the other 12 joint venture companies in the year under review.

The audit report, according to The Gazette, detailed that NAPIMS spent N89.9 billion on media relations in 2021, representing a 335 per cent increase against the N20.69 billion spent in 2020.

Spending this much money on public relations could be considered expensive in a country where over 95.9 million people live in extreme poverty as a result of high unemployment and overstretching of inadequate and poorly maintained infrastructure.

This spending comes as the country continues to struggle to garner revenue from the oil sector, which has largely been drained by oil theft, with a recent expose revealing that the country was losing the majority of its oil earnings to coordinated theft.

The discovery of an illegal connection line into the sea from one of NNPC’s major oil export terminals that had functioned completely unnoticed for nine years, was recently reported.

Oil theft is estimated to cost Nigeria, Africa’s largest oil exporter, 600,000 barrels per day in lost revenue, with oil companies idling some fields rather than supply pipelines used by thieves.