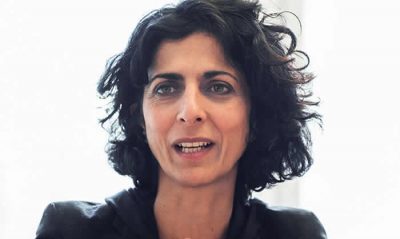 The European Union’s Chief Observer for the Elections Observation Mission Nigeria 2019, Maria Arena, said on Saturday that her mission would give its “impression” about the ongoing exercise in its preliminary report to be released on Tuesday, February 26.

Arena spoke to journalists at about 10.55am on Saturday on the premises of Post Office in Area 10, Abuja, venue of Polling Unit 018, where there is a massive turnout of voters.

There were 3,266 registered voters in the unit with six voting points.

Asked to give her impression about the exercise so far, Arena said her mission, with 90 observers spread across the country, was still collecting information.

The EU chief observer who said she had only visited one polling unit, however, noted that she could observe that many polling units opened later than 8 am scheduled as the commencement time of the exercise.
She said, “We have 90 observers all over the country.

“I have just visited one polling unit. We are collecting information all over the country.
“We are not here to give any impression.

“We are European Observation Mission; we are working on a methodology for a long term observation mission.

“We have been here since January and we are going to observe all the process. So we are not going to give personal impression.

“What we can say is that we are collecting information from all over the country. We have seen a lot of polling units opened later than 8 O’ Clock in the morning, that we can say.

“We will have our preliminary report on February 25, but now we are collecting information and we don’t want to give our impression now.”

She also called on Nigerians to turn out in mass to vote for the future of their country.
Arena said, “What is important is that we have this election today and it is important for Nigeria and we have a lot of Nigerian people being happy to be there and have the opportunity to vote.

“This is really important and we have to give this message to Nigerian people to go and vote for the future of the country.”