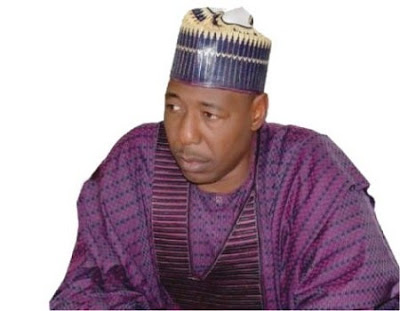 Governor of Borno State, Babagana Zulum, has said that the Nigerian Army would have to strengthen with additional 100,000 soldiers to win the battle against the Boko Haram terrorists.

Governor Zulum stated this on Wednesday when some members of the Federal House of Representatives visited him.

The chairman of the house committee on defence, Babajimi Benson, led the delegation

Benson told the Borno governor that his committee was in Maiduguri to pay a condolence visit as a result of the Boko Hram attack in Auno and also to seek ways in which the lawmakers could be of assistance to the state and its people.

The governor while responding said the war against Boko Haram cannot be won without adequate military personnel and funding.

Governor Zulum recommended the recruitment of at least 50,000 people from Borno to join the army in fighting the insurgents.

“You cannot fight this insurgency to an end without technology and without manpower and without funding,” he said.

“Take my words, they (the military) don’t have the manpower, they don’t have the equipment. Kindly advise the speaker and the senate president to tell Mr. President to approve the massive recruitment of soldiers. We need about 100,000 more to be recruited into the Nigerian army. They should come and employ the locals whether they have western education or not.

“We need to recruit nothing less than 50,000 men from Borno, we have able-bodied men that can join the Nigerian Armed Forces on an ad-hoc basis.”

Boko Haram has continuously attacked towns in Borno state despite claims that the Nigerian army is winning the war against the insurgents.

Recently, the Boko Haram terrorists killed about 30 persons in an attack against passengers in Auno, a town 20 kilometres from Maiduguri, the Borno State capital.