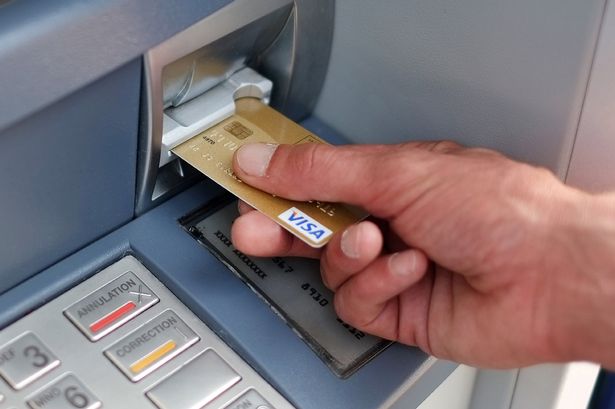 Nigerian banks have barred cash withdrawals from overseas Automated Teller Machines (ATM) only to those whose cards are linked to their domiciliary accounts funded locally.

The banks have therefore restricted such withdrawals and encouraging travelers to open and fund dollar accounts.

According to the Nation NG, lenders are also raising their card spending limits on Point of Sale (PoS) and online card transactions abroad, an indication of increased dollar liquidity and rising exchange rate stability.

“We would like to inform you that our monthly spending limit on your GTBank Naira MasterCard has been reviewed to $3,000 from $1,000 for your international online and PoS transactions. Kindly note that international ATM cash withdrawal is still restricted,” GTBank said.

“Clothing, shoes, electronics, books…whatever your needs are FCMB Naira Debit Card gives you instant full access to $5,000 monthly to shop online”, FCMB said in an email sent to its customers at the weekend.

Many banks which announced the suspension of their overseas ATM card services in October 2016 have all lifted the suspension and raised monthly transaction volumes for customers on foreign currency-denominated deals, including those conducted on PoS machines and online.

The dynamics changed in April last year when the Central Bank of Nigeria (CBN) introduced the Investors’ & Exporters’ (I&E) Forex window which has so far attracted over $53.9 billion to the economy. The dollar inflows have helped to strengthen the naira against the greenback and brought stability to the forex market.

Financial analysts at Afrinvest West Africa said stability in the forex market followed the increased volume of forex interventions and the coming of I&E FX window, which allows for flexibility in pricing of forex as well as efficiency and transparency in allocation.

For instance, in the first half of 2018, transactions in the I&E Forex window stood at $30 billion, surpassing the $23.9 billion total turnover recorded in 2017 and bringing the overall transactions to $53.9 billion. Although the CBN’s participation is estimated at 30 percent of the transactions in the window, the increased level of participation to some extent underscores the flexibility of the market as well as investors’ preference of the I&E as the platform for Forex deals.

According to an Afrinvest report titled: “Nigerian economy and financial market H1:2018 review’ released at the weekend, the investment and research firm, said Nigeria’s economic recovery path had been reinforced by the sustained stability in oil prices with four consecutive quarters (since second quarter of 2017) of positive, slow but steady growth.

It, however, said economic activities slowed in the first half of this year, given the delayed passage and implementation of the 2018 “Budget of Consolidation”, a major limiting factor in the drive towards implementing the Federal Government’s Economic Recovery and Growth Plan (ERGP) – the fiscal paper drafted to address some of the deep-rooted structural imbalances in the economy.

“In addition, food supply disruptions resulting from the current security crises – which in turn fuelled inflationary pressures – coupled with tighter monetary stance of the CBN towards stabilising the currency market, contributed to the slow growth rate reported. Nonetheless, the domestic macroeconomic performance has been largely satisfactory on the back of persistent disinflation, rising oil prices and external reserves, increased foreign exchange liquidity with frequency of interventions, improved total capital flows into the country and favourable balance of trade,” the report said.

Consequently, the CBN maintained its exchange rate peg with the naira appreciating to N305.80/$1 (June 2018) from N306/$1 (December 2017) in the official window while the stability and liquidity in the foreign exchange market improved as seen in the growing confidence by investors in the I&E Forex window in the first half of this year relative to fiscal year 2017.

The forex window has largely removed the pressures from the parallel market rate which now, sometimes, trades at a discount to the Nigerian Autonomous Foreign Exchange (NAFEX) rate.