newsheadline247
HomeENTERTAINMENTNigerian born actress, Sope Aluko reveals how she got a role in...
ENTERTAINMENTInterview 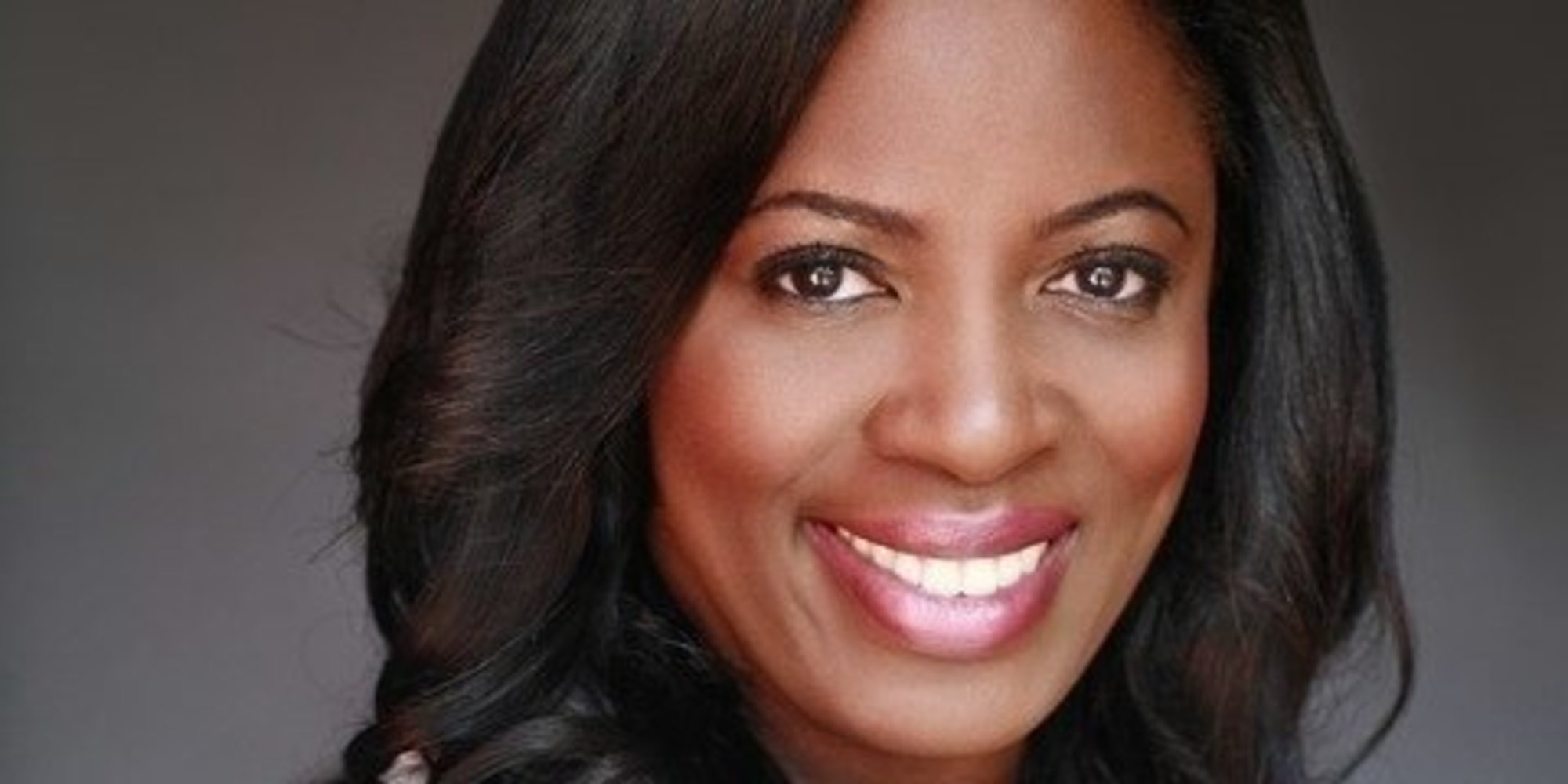 Weeks ago, Nigerians were elated to hear that a Nollywood actress had made her Hollywood debut in Marvel’s “Avengers: Infinity War”. The excitement was short-lived after it was discovered to be a fluke.

However, Nigeria finally got a stake in a Marvel Studios film with the release of one of 2018’s most anticipated movies, Black Panther, after Sope Aluko, bagged a major role in the film.

The movie has a historical importance because it is the first Marvel film to feature a black protagonist, a black director and a predominately black cast.

The mother of two teenage boys plays the role of Shaman, a powerful primal leader who calls upon nature spirits for aid or guidance in Black Panther. A Hollywood star, her credits include supporting roles in feature films like Identity Thief, Pitch Perfect 2, 96 Minutes and Grass Stains.

The multilingual actress speaks about her career and landing a role in the Black Panther movie.

Could you tell us about your role in Black Panther?

Sope: I play the role of Shaman and my teacher is Zuri, which is played by Forest Whitaker. He is also a spiritual leader like I am and counsels the king, T’Challa. I had to make sure I was fit for the role because one of my scenes that was going to involve some physical activity – I can’t say [which scene] exactly so you have to see the film. But that was pretty much all I did from a physicality point of view. And then for my role, I had to speak in a different accent. I made sure I did my research about the accent. Although we had a dialect coach, I wanted to make sure I was prepared prior to coming on set.

What did it feel like to star in a Hollywood movie that finally portrays Africa in a positive light?

Sope: It felt so good to finally be part of a film that really positions Africa in a positive and inspirational light. This is something that I have been waiting for a long time in Hollywood and I think a lot of black people; African and non-Africans have been waiting for (it) so I think that is the reason the buzz is so much. Black Panther is such an incredibly well put together film and it’s coming at a time when Africa is attracting a lot of bad press especially here in the US.

Is it right to say that Black Panther is your biggest movie role yet?

Sope: Absolutely without a doubt, the Black Panther is the biggest feature film I have worked on and it’s incredible. I’m just blown away by how well it’s been received. I knew it was going to be something super special with all the other actors that were on set. We all wanted to be sure we honoured the African continent in a very respectful way and I know that we did it with this film.

Breaking into mainstream Hollywood as a black actor is no small task. How did you clinch the role?

Sope: It was an extremely competitive movie set; everybody wanted to be part of the movie immediately the auditions were put out. Everybody was trying to clinch a role in the film and it’s just so ironic because I initially had auditioned for Spiderman a year ago and the (at) last minute, I didn’t get the role. My children and I were very disappointed so Black Panther came along I was like, well, Lord this is the kind of movie I really would love to star in. I actually auditioned for four roles – individual roles and different roles, and I didn’t get any of them for various reasons. I was too young or maybe too old, I don’t know. And then I got a call to audition for a smaller role, and I went to the director session with the director, LA (casting,) local casting as well as the producers for Marvel. I auditioned for the role and didn’t hear anything for a few weeks. And all of a sudden, I got a call from my agent and they said: ‘Oh, you didn’t book that role, but they have created a role for you and it’s this, and it’s a bigger role.’

Do you have your eyes on Nollywood?

Are there any particular Nollywood actors you would like to work with?

Sope: I would love to work with a number of actors like Genevieve Nnaji, would be nice to work with her. You know I have seen a lot of Nollywood films. I just saw wedding party 1 and 2. I’m so excited to see, you know, we are so proud of our heritage, myself, my family and friends so it would be wonderful if I can feature in a Nollywood project so let’s just watch and see.

In what ways are you looking to give back to your roots?

Sope: I would love to give back to my roots. I always believe that to whom much is given much is expected. And when I do have that opportunity to do that, I would love to do that, especially the youth
who are trying to break through into the entertainment industry. I mean, I had my own fair share of struggles while trying to break into the industry and I don’t feel we all have to go through everything like I did. Everybody’s path is different of course but I would love to be able to help in any way I can and hopefully that would come full circle at the appropriate time.

Could you tell us about your journey to the top?

Sope: Everybody’s journey is different but for me, personally, I got into TV and acting full time after I left corporate America about nine years ago. It was very hard for me because I was a misnomer as they felt. I was Nigerian born, British grown and I spoke different languages and all that stuff and they were like where do I put her? What box? And I didn’t fit a box. I rocked it because this industry is not about being in a box it’s about being different because that is how you book your role but that’s what it was then.

I have seen a recent move, (a) shift, in the last couple of years in terms of the need for more diversity and representation in characters. For instance, if Black Panther movie was shot nine years ago you probably
won’t even see any real African actors in it. You would see a Coming To America prototype. But here we have everything aligned appropriately; we have a director who was very intent on researching and honorably
being respectful to the African continent by getting African actors involved. And he brought his entire team together who all had the same feeling and thought.

So, what’s next for Sope?

Sope: My dream and goal is to have a sustaining, thriving career as a working actress in Hollywood. I just want to be able to make a living from this. I am hoping that featuring in Black Panther would open doors for me that have never had been opened before. I hope to bag more lead roles that I have never had been considered for. So, I am looking forward to some positive things in the future.

I am also looking forward to producing and that brings me back to my Nollywood conversation earlier. I would love to co-produce on a project with Nollywood directors and actors. That is my dream; I would love to do that in addition to being an actor. It’s all about you creating your own content nowadays so I definitely want to do that.

Why is any Nollywood actor yet to break into Hollywood?

Sope: I really don’t know why Nollywood actors have not broken through in Hollywood but I can only speak from my perspective. I really am not sure that I am equipped to answer that question.

With your engineering background, how easy was it switching from the sciences to the arts?

Sope: Like I said earlier I always wanted to be an actor, it was my passion. However, I knew I had a knack for Maths, Chemistry, and Physics so my parents wanted me to be a doctor. They just didn’t feel
acting was going to be right for me so I decided to go to the part of engineering because I didn’t want to be a doctor. I ended up studying Production Engineering and that had some industrial management perspective to it so I moved in that area. It was a four years course and on my third year, I worked in a company’s marketing department and I loved it so I thought it was a way for me to exhibit my creativity in marketing and advertising so that was where I gravitated towards. I finished my degree in engineering and decided to pursue my masters in brand marketing and management and that’s the field I worked in for good 10 to 15 years.

You have enjoyed a scandal free career so far. What’s the secret?

Sope: I am thankful I don’t have any scandals and I thank God but I also know that the acting industry is so different from it was 10 years ago. Now, we have social media and that just opens an actor to so many things. Things can be seen and heard simultaneously around the world and wrong information can be misconstrued on social media. The only thing I try my best to do is to be very conscious and I also
keep my family close because I know that they are most important to me. I just ask the Lord for discernment and wisdom for every single step that I take and I pray I continue to be scandal free.