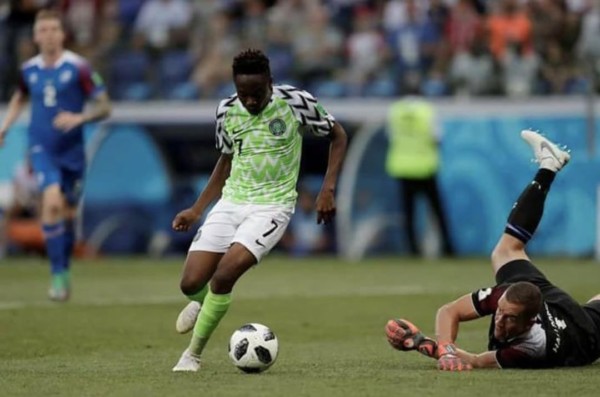 Ahmed Musa’s second goal against Iceland at the just concluded 2018 FIFA World Cup has been shortlisted for the Goal of the Tournament award.

FIFA picked Musa’s spectacular strike as one of the 18 goals shortlisted out of the 169 in Russia.

The classy goal was scored in the 75th minute from a made by Chelsea’s wingback, Victor Moses.

Musa made an individual great effort — as the flit-footed Nigeria winger outran Iceland’s Kari Arnason before rounding goalkeeper Hannes Halldorsson and with almost an empty net perfectly put the ball in the net.

The huge crowd at the Volgograd Arena rose in salute for the masterpiece of a goal.

Other notables on the list are Lionel Messi’s goal against Nigeria and Cristiano Ronaldo’s free-kick goal against Spain.

The poll presented by Hyundai will be open for a week till Monday, July 23, 2018.