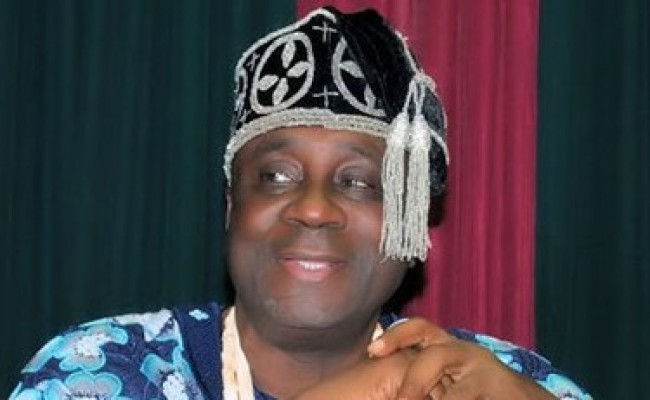 The Oba of Lagos, Rilwan Akiolu urged Nigerians to give President Muhammadu Buhari another chance to make Nigeria better.

The Lagos monarch said if Buhari is given another chance and God gives him good health and he chooses the right people to work with, Nigeria will be a better place.”

Oba Akiolu said he prefers the leadership quality of President Muhammadu Buhari to that of former President, Olusegun Obasanjo.

He pleaded with Nigerians to give Buhari another four years as the country’s leader.

The monarch spoke at the opening ceremony of the 17th Lagos Housing Fair yesterday.

He stated that a second chance would enable the President to improve the country’s economy.

The traditional ruler added that President Goodluck Jonathan would also have been a better leader if he was not a victim of circumstance, who allowed some people to use him.

He said, “Buhari has to do more, I agree, but we all have to assist by giving him another four years and see where he will take Nigeria to. I am supporting what is good for Nigeria.

“In 2011, Buhari sent Tony Momoh to me that he was coming to meet the leaders of Lagos in my palace by 1 pm, he came by 3 pm and said he was delayed by bad roads and traffic.

“I told him he caused it because he cancelled the metro line of Lagos State in 1984 . I told him I would not tell Lagos people to vote for him.

“But in 2015 when he came, it was on a Friday, he came with my son, Bola Tinubu, and I noticed that for 20 minutes it rained. It occurred to me that God is going to favour this man.

“I prefer Buhari to Obasanjo. Obasanjo keeps deceiving people for what he is after. But if Buhari is given another chance and God gives him good health and he chooses the right people to work with, Nigeria will be a better place.”

The Oba further called on the Federal Government to resolve the security issues in the country by reviewing all national security policies.

He, however, argued that the call by the National Assembly to sack all the security service chiefs in the country was not the solution to the problem.

“What the government was supposed to do 20 years ago, they did not do it. Many years ago, I suggested to them to revisit all national security policies.

“If you sack all the security service chiefs, the same set of people will still come back,” he said.