The former governor of Ogun State, Olusegun Osoba, and the governorship candidate of the All Progressives Congress in the state, Dapo Abiodun, on Friday, visited President Muhammadu Buhari in Aso Rock.

Though the reason for their visit was not revealed but in photos shared on the Presidency’s verified Twitter handle, Buhari is seen holding up the hand of the governorship candidate as a sign of endorsement.

Recall that the governor of Ogun State, Ibikunle Amosun, has openly declared his support for his preferred candidate, Abiodun Akinlade, who won the APC primary organised by Amosun, which wasn’t recognised by the National Working Committee of the party.

Akinlade, a member of the Federal House of Representatives has since defected to the Allied Peoples Movement (APM) and Amosun has vowed to work for his victory at the 2019 polls, even as he declared his support for President Buhari. 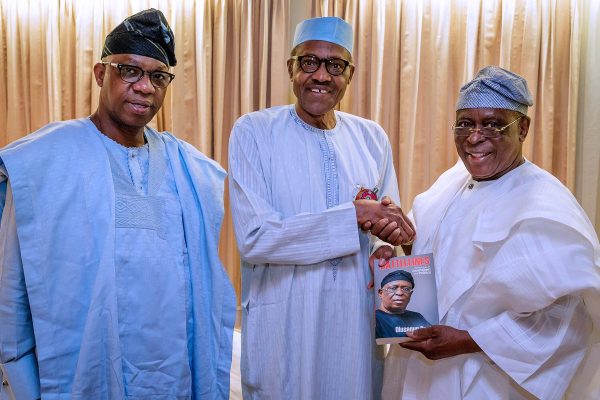 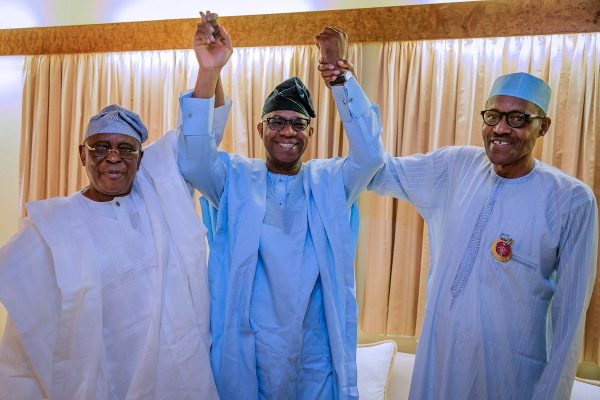