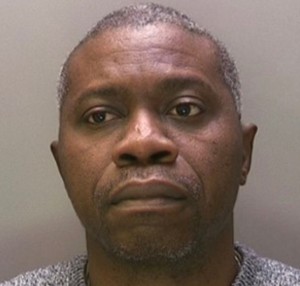 He never knew that so large a fortune could have so short a lease. When he did, he had been mowed to rubble by the wheels of vanity. As you read, the truth dawns on Walter Wagbatsoma, the owner of Ontario Oil an Gas Limited, making him understand that fortune and status are nothing but a mirage.

That is why too many people engage in desperate pursuit of it and end up in a shameful form. This tragic transformation applies to Walter. Just some few years ago, Walter was a very big boy, commanding big and very lucrative businesses deals from the Nigerian National Petroleum Corporation (NNPC). Back then, he enjoyed an illustrious and highly rewarding business and personal relationship with Diezani Alison-Madueke.

Walter however, incurred the wrath of his very good friend, Diezani, in a very personal and acrimonious spat that left the duo estranged after what was termed in social ciruits, as a highly rewarding friendship. Following their estrangement from each other, Walter became the subject of inquiry in a high-powered anti-corruption probe.

However, following a trial at Leicester Crown Court, a thirteenth defendant has been convicted of conspiracy to launder money in an international fraud and money laundering investigation.

This investigation was conducted by Lincolnshire Police Economic Crime Unit under Operation Tarlac, in which over £12m was defrauded from public bodies including hospital trusts, housing associations and councils around the UK.

Walter Wagbatsoma, 47, was originally detained on a European Arrest Warrant in June 2016 whilst travelling through Germany. He was extradited soon afterwards and charged with conspiring with others to launder the proceeds of fraud through his business interests in the UK.

The Nigerian businessman was today sentenced to 3 years and 6 months imprisonment for his part in the crime, he was also disqualified from being a company director for 6 years. Fraudulently obtained funds in the UK were laundered through an account in Dubai under the control of a co-conspirator Oluwatoyin Allison, a UK national who was convicted in his absence at an earlier trial in April 2017 and sentenced to seven years imprisonment. The funds were then transferred to Wagbatsoma’s account in the UK.

Wagbatsoma, an oil and gas businessman, was on trial in Nigeria at the time of his arrest for his part in a £1.9 billion oil subsidy fraud for which he was convicted and sentenced in his absence to 10-years imprisonment in January last year.