The 18 months old marriage of the occupier on the revered throne of Ife, His imperial majesty, Ooni Adeyeye Ogunwusi is cliff-hanging at the moment, societynow.ng reports.

The marriage is said to be in a stage where followers of the royal couple wait eagerly for the outcome of a suspenseful marital situation.

Newsheadline247 understands the immediate cause of the fallen marriage is on a labeled pressure on the monarch  to take another wife.

His wife, Olori Wura is having none of it and is accused of employing tactics that have pushed her husband away to achieve the desired objective. 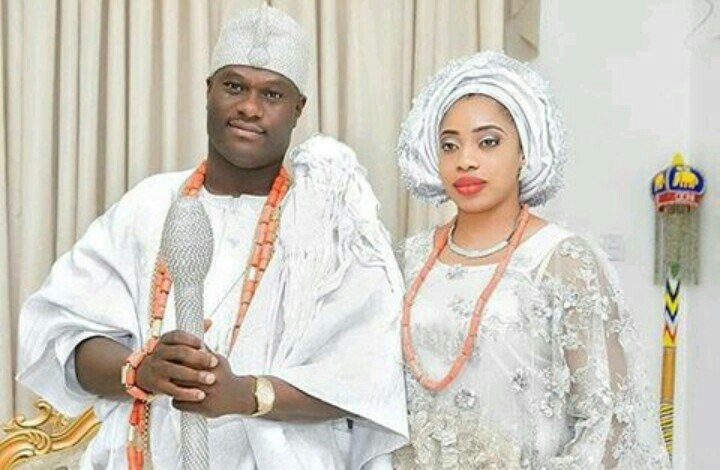 Reports here and there accused her of “unspeakable and unpublishable allegations” against the crown in bid to stop her husband from bringing another woman into their world.

Ooni Adeyeye Ogunwusi got married to Olori Wuraola a year and five months ago – after he assumed the throne of his fore fathers.

This was after he dissolved his matrimony with first wife Adebukunola Adebisi.

Ironically the kicked out first wife was accused of “unspeakable and unpublishable” crimes when the Ooni was perfecting dissolution of his first marriage to marry Olori Wura.

The cycle has turned against the Olori as the young monarch faces pressure from self and backers to take another wife.

The Queen is said to be to devastated by the moves that her reaction has forced a “separation of sort”.

Past seaters on the throne are known to have accommodated more than one wife in the palace.