HomeBusinessOrjiako: The ABC of a Chronic Debtor
Business

Orjiako: The ABC of a Chronic Debtor [Details] 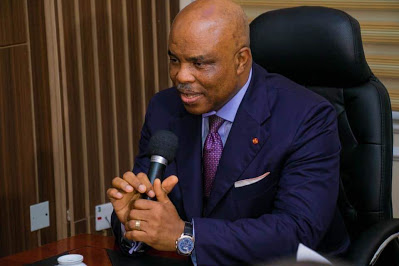 In the wake of reports that ABC Orjiako, the chairman of Seplat Petroleum Development Company PLC, through Cardinal Drilling Nigeria Ltd, a company associated with SEPLAT, owes Access Bank a staggering $86m (Eighty-six million dollars), there have been orchestrated attempts to whip up public sentiments against the bank while labelling its debt recovery procedures as corporate bullying. This is subterfuge writ large.

The fact of the matter is that Cardinal Drilling Nigeria Ltd obtained a facility from the defunct Diamond Bank to purchase the CDS Rigs 101, 201, 202 and 203. The facility was secured by a fixed and floating Debenture over Cardinal’s assets. It would later be revealed that Cardinal’s rigs were used to provide drilling services to SEPLAT. Every effort to retrieve the loan estimated at $86m has proved abortive.

Sources said that the inability to recover the loan contributed to the insolvency of Diamond Bank leading to its acquisition by Access Bank in 2019 to form one of the largest banking entities in West Africa.

Access Bank inherited the assets and liabilities of Diamond Bank Plc.
In its bid to recover the loan, Access Bank approached the court, claiming that there is an inter-company relationship between SEPLAT and Cardinal Drilling and that they are jointly promoted by Orjiako. Also joined in the suit filed by Access Bank is Kalu Nwosu, who reportedly issued a personal guarantee and a statement of personal net worth as security to the facilities availed to SEPLAT.

The bank noted that SEPLAT has solely enjoyed all the benefits of the facilities granted Cardinal Drilling for the promotion and advancement of its businesses. According to the Bank, SEPLAT is the ‘real debtor’ while Cardinal is merely a ‘vehicle smokescreen’ for the obtainment of credit facilities by SEPLAT.

The bank further prayed the court to validate the appointment of Kunle Ogunba &Associates as the Receiver/Manager; validate the Receiver/Manager’s authority to take possession of the 4 Cardinal Rigs and other assets of persons and companies presumably connected to Cardinal drilling; restrain all defendants from disposing or dealing with the assets; and declare that the defendants have no right to enter into, or deal with, any of the assets.

However, in January 2021, the Court of Appeal ruled in favour of Seplat by ordering the immediate suspension of the injunction and interlocutory injunction that allowed Access Bank the freedom to seal Seplat’s property and control their accounts. The court also ordered Seplat to execute a bank guarantee with a reputable bank in the country for $20M.

The management of Seplat also wrote to the Nigerian Stock Exchange (NSE), insisting that it was not a shareholder in Cardinal Drilling Company and, therefore, was not liable for its debt obligations.

But what cannot be disputed is that Orjiako, Austin Avuru (the immediate past CEO of SEPLAT) and their international partners jointly have about $45 million equity in Cardinal Drilling Services. Also, SEPLAT Plc has consistently disclosed in both its interim and annual reports that Cardinal Drilling is a related party, which significantly contradicts the substance of its denial.

So, why is Orjiako denying an obvious fact? Where is the corporate bullying or hostile takeover he is mouthing coming from? Why cry blue murder when he is the guilty party?