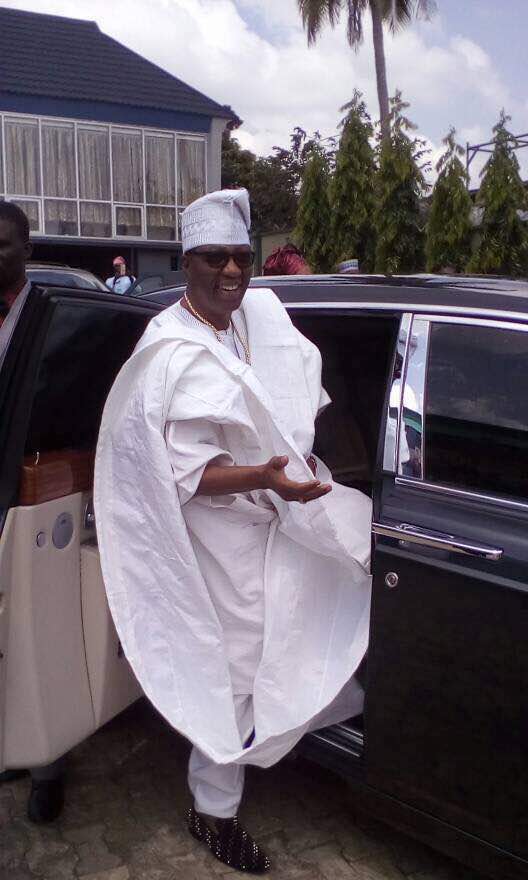 The Sultan of Sokoto, Alhaji Muhammadu Sa’ad Abubakar III has declared that a front-runner in the National Chairmanship race of the Peoples Democratic Party (PDP), Otunba Gbenga Daniel, will succeed in his bid for the apex seat and that the entire Sultanate is praying for him.

The Sultan said; “Gbenga Daniel has been my very good friend since the days he was governor of Ogun. I remember the very good hospitality he affords me anytime I visit Ogun State.

“Gbenga Daniel, we all are praying for you to succeed in this quest and I am personally enjoining you not to forget the people when you get there.  You are free to visit me any time.”

Bafarawa who also received Otunba Daniel at his Sokoto residence, expressed his delight at the interest of Otunba Daniel to lead the PDP back to victory in 2019.

According to Bafarawa, he deliberately decided to wait and receive the entourage in Sokoto when he learnt that Daniel chose to start his campaign in Sokoto.

“Many politicians may say something and do another but I’m not like that. We have discussed about your ambition before you came and I want to assure that I will stand by what I told you.”

“The PDP of today is different from the past. There must be a level playing ground where we allow the aspirants to meet the delegates instead of just sitting in Abuja and deciding who to vote for. That will be unfair to the party”.

“Now you are working hard and going round the country campaigning, that is a good development. I know you as a colleague and a friend and I know that if you can lead a complex state like Ogun, you can also lead the PDP”

“You can see that someone who left his home state of Ogun to come and talk to delegates in Sokoto is a serious aspirant.

In his response, Otunba Daniel thanked the former governor for the grand reception and the assurances of his support stating that having consulted with major stakeholders in the party, he is convinced that the electorates are ready for the authentic change. “I have been going round the country and it is obvious that the people are regretting the decision to vote for change and they are ready to ‘change the change’. That is why I am in this race and my simple message is for all of us to start afresh together.”