HomePoliticsPDP leaders, others hold secret talks with Saraki in Ilorin

PDP leaders, others hold secret talks with Saraki in Ilorin 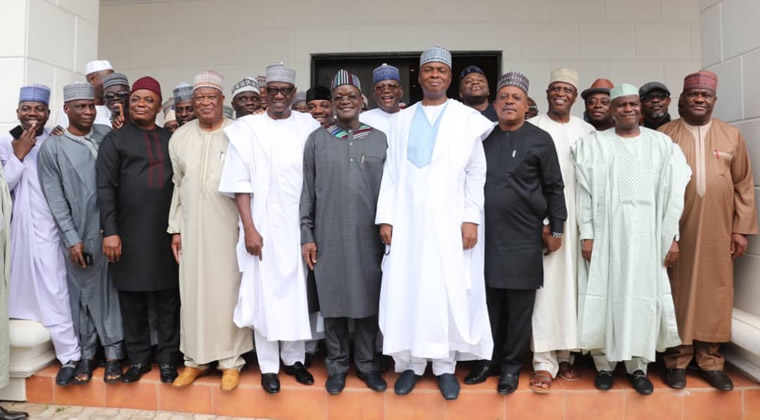 Other notable politicians that attended the meeting included the Governor of Kwara State, Abdulfatah Ahmed; his Benue counterpart, Samuel Ortom; a former PDP Chairman who also led the new-PDP bloc in the All Progressives Congress, Kawu Baraje; and the PDP Publicity Secretary, Kola Ologbondiyan. among others.

Reports stated that some of the politicians had actually joined the eighth fidau prayer for Baraje’s late mother, Aishat, but they later converged at Saraki’s house where they were joined by other politicians including Lamido, Secondus and others who did not attend the fidau.

PDP spokesperson, Ologbondiyan confirmed the meeting, saying it was a “brotherhood meeting.”

He, however, said that they also discussed political issues and how to move Nigeria forward.

“They met to attend the burial rites of Alhaji Kawu Baraje’s mother.

“They used the occasion to share opinions on burning national issues including the 2019 general elections,”  Ologbondiyan stated

Meanwhile, the defection of the Reformed APC members is expected to happen within one month.

Insiders disclosed that the politicians were almost against time since the Independent National Electoral Commission (INEC) had scheduled the conduct of Presidential and National Assembly Primary Elections to begin on August 18, 2018.

Speaking on the meeting, Governor Ahmed said he is yet to take a decision on his political future with the APC.

He explained that the presence of the personalities in Ilorin was “for the burial rites of the late mother of respected politician, Alh Kawu Baraje and was not for the purpose of a political realignment.

“While I have not been briefed on any planned defection, I am aware that my principal and other political leaders in the state are gradually being shown the way out of the APC.”

When contacted, a source close to Dr. Saraki said “They are all just talking. No one had joined anywhere yet”.

It would be recalled that Governor Ortom on Monday announced defection from the ruling APC.