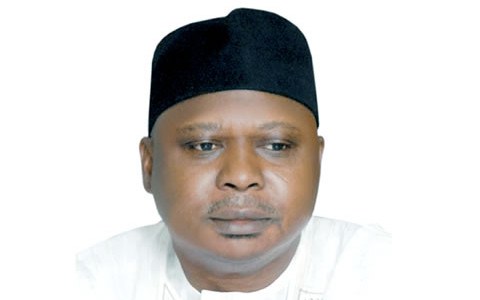 The former minister said this at an interaction with State Chairmen of the PDP in Abuja on Saturday.

He asked, “what is the legacy of APC other than entrenching despotism, nepotism, intimidation, harassment of the opposition, insecurity and inflicting poverty on the people?”

Lamenting that the APC has failed to resolve the Boko Haram crisis, Turaki said the federal government abandoned the “standard practice” which the PDP government under President Goodluck Jonathan adopted.

Turaki who promised to uphold the Rule of Law vowed that he would order implementation of all pending court orders if he became president.

He noted that social welfare programmes such as YouWin, SURE-P and similar empowerment schemes established by the PDP had been wiped off by the APC government, he added that employment generation will be high on his agenda.

He recalled the legacy of the PDP in ensuring an uninterrupted 21 years of democracy, “including the seamless transition to an opposition party which President Jonathan facilitated”.

However, a member of the PDP Board of Trustees and former Chief of Army Staff, retired General Ishaya Bamaiyi counselled members of the party to be brave and be focused “to overcome the intimidation and harassment by APC”.