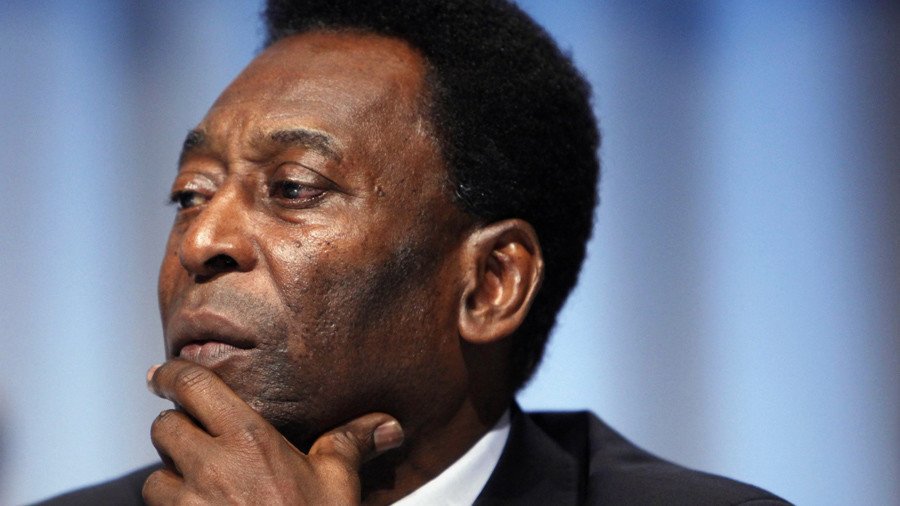 Football greatest, Pele is in hospital after collapsing due to exhaustion, preventing him from travelling to London for an engagement this weekend.

According to the English Football Writers Association (FWA), the 77-year-old, a three-time World Cup winner, collapsed on Thursday.

He is being monitored in hospital in Brazil,  FWA said. The FWA were due to host a dinner in his honour at the Savoy Hotel.

Pele “has undergone a series of tests which appear to point to severe exhaustion”, said the FWA.

“He is on fluids while doctors monitor his recovery. Thankfully there is no suggestion of anything more serious.”

He has become increasingly frail in recent years and was unable to light the Olympic flame at the opening ceremony of the 2016 Games due to ill health.

He was a guest in Moscow on 1 December, 2017, where the draws for the World Cup matches were made. President Vladimir Putin and Diego Maradona took photographs with the legend on wheelchair.