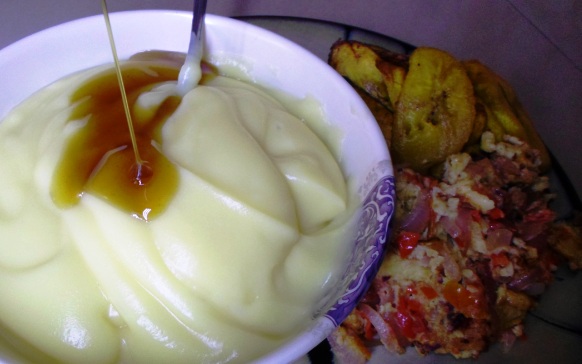 People who skip breakfast or eat poorly to start the day are twice as likely to develop hardened arteries, which can lead to deadly heart disease, researchers said Monday.

The study in the Journal of the American College of Cardiology uncovered signs of damage to the arteries long before symptoms or disease developed.

Researchers said their findings could offer an important tool in the fight against cardiovascular disease, the world’s top killer, which took 17.7 million lives in 2015, according to the World Health Organization.

“People who regularly skip breakfast likely have an overall unhealthy lifestyle,” said study author Valentin Fuster, director of Mount Sinai Heart and editor-in-chief of the Journal of the American College of Cardiology.

“This study provides evidence that this is one bad habit people can proactively change to reduce their risk for heart disease.”

The report was based on 4,000 middle-aged office workers in Spain. Participants were followed for six years.

About one in four ate a high-energy breakfast, which included 20 percent or more of the day’s calories.

Most people in the study — 70 percent — ate a low-energy breakfast that gave them five to 20 percent of their daily calorie intake.

Researchers used ultrasound technology to scan participants for signs of fatty deposits in the arteries, or early evidence of disease.

They found that people who ate less than five percent of their recommended daily calories at breakfast had, on average, double the amount of fatty buildup in the arteries as people who ate a high-energy breakfast.

This heightened risk of hardened arteries among people who skipped breakfast or ate little to start the day appeared independently of other factors, such as smoking, high cholesterol and physical inactivity.

Previous studies have shown that eating a healthy breakfast is linked to good health, including a lower body weight, healthy diet, and lower risk of problems with cholesterol, blood pressure and diabetes.

Skipping breakfast has also previously been shown to raise the risk of coronary artery disease.

According to Prakash Deedwania, professor of medicine at the University of California, San Francisco and author of an accompanying editorial in the journal, the study offers more evidence that skipping breakfast can be harmful to one’s health.

“Although breakfast skippers are generally attempting to lose weight, they often end up eating more and unhealthy foods later in the day. Skipping breakfast can cause hormonal imbalances and alter circadian rhythms,” said Deedwania.

“That breakfast is the most important meal of the day has been proven right in light of this evidence.”