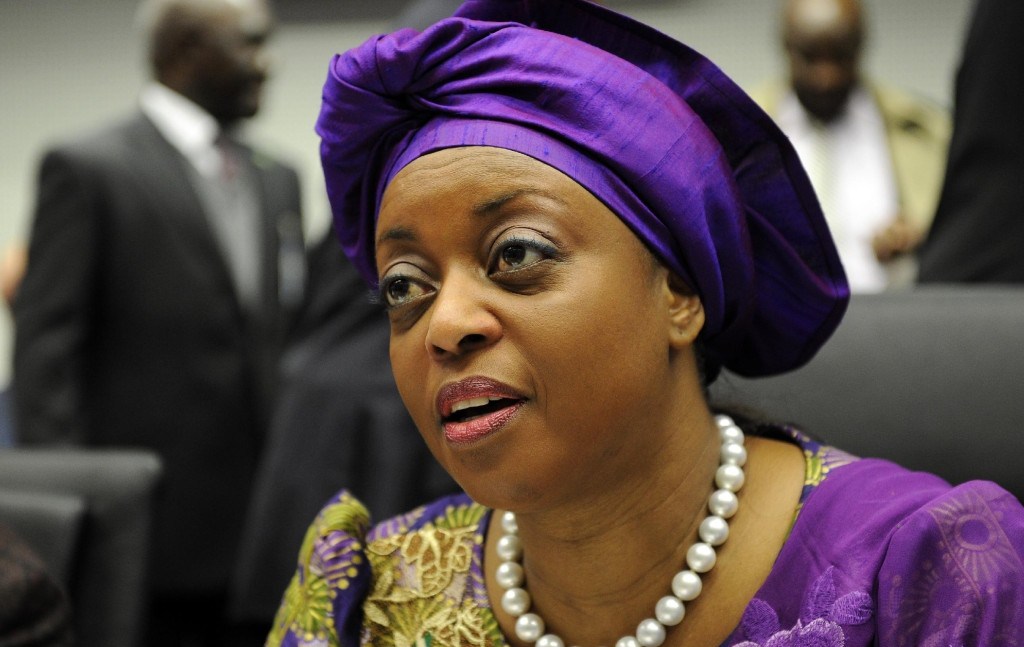 A former Minister of Petroleum Resources, Diezani Alison-Madueke, has urged the Federal High Court in Lagos to compel the Attorney-General of the Federation to bring her back to Nigeria from the United Kingdom to defend corruption allegations levelled against her.

Mrs. Alison-Madueke has been in the UK where she travelled to shortly after leaving office in 2015.

She is believed to have been barred from leaving the UK where she is also being investigated for money laundering.

On Tuesday, her lawyer said that she would like to appear in court in Nigeria to defend the multiple allegations of crime bordering on money laundering of over N450 million, wherein her name was mentioned.

Obinna Onya, Mrs. Alison Madueke’s lawyer, stated these at a court case instituted by the Economic and Financial Crimes Commission, EFCC, that $115 million was doled out by the former minister in an attempt to compromise the 2015 general elections.

In this particular suit, a former minister of national planning, Abubakar Suleiman, and a Senior Advocate of Nigeria, Dele Belgore, ‎are being prosecuted for allegedly receiving N450 million from Mrs. Alison-Madueke prior to the 2015 elections.

Mr. Onya contended that contrary to the declaration by the EFCC that the former minister was at large, she was in the UK. The lawyer also said that his client was willing to return to Nigeria so that she could appear in court to take her plea and defend herself against the charges.

He argued that since his client’s name had been mentioned in the charge, it would be against her right to a fair hearing for the case to proceed without affording her the opportunity to defend herself.

“The statement made by the prosecution means that the applicant is going to be convicted without being given the opportunity to defend herself,” Mr. Onya told the court.

The application prayed for an order “mandating the Attorney-General of the Federation, being the agent of the complainant, to facilitate the prompt appearance of the applicant in court on the next adjourned date, to take her plea and to defend the allegations made against her in counts 1, 2,3 and 4 of the charge, numbered FHC/L/35c/2017.”

Mr. Onya urged the judge to hear and determine the application before proceeding with the case on Tuesday.

But the prosecuting counsel for the EFCC, Rotimi Oyedepo, opposed him, saying the application was not ripe for hearing as he was yet to be served.

Mr. Onya told the court that he had attempted to serve Mr. Oyedepo on Tuesday morning at the court premises but that the prosecutor declined, adding that his effort to serve the application at the EFCC office on Friday was also frustrated.

Responding, the judge, Rilwan Aikawa said the court could not entertain the application for Mr. Alsion-Maduekwe to be brought back to Nigeria to defend herself until all the parties had been properly served.

The case was adjourned to October 4 for the continuation of trial.

It would be recalled that a group led by Charles Oputa, popularly known as Charly boy, recently asked that the former minister be extradited.

Ibrahim Magu, the acting EFCC boss, in September also said there were moves to bring back the former minister to the country. He said, “I want you to know that nobody will go unpunished. We are even seeking to extradite Diezani, but investigations are still ongoing.”

Mrs. Alison-Madueke is in the United Kingdom where she is believed to be receiving treatment for cancer and is also being investigated for money laundering.

Apart from the alleged INEC bribery case, she has also been mentioned in several corruption scandals and properties worth billions of Naira seized from her. (c) Premium Times