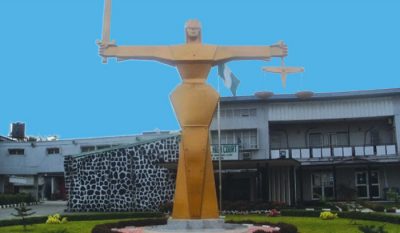 The police in Lagos on Thursday arraigned driver, Victor Emmanuel, who allegedly stole 300 bags of a popular snack – chin-chin.

According to NAN, the police charged Emmanuel before a Yaba Chief Magistrates’ Court, but he pleaded not guilty to the one-count charge before Chief Magistrate Oluwatoyin Oghere.

The Prosecutor, Sgt. Modupe Olaluwoye said that 28-year-old Emmanuel,  a resident of Olowu Street in Ikorodu, Lagos, committed the theft between Jan. 17, and March 12 at Yaba.

According to Olaluwoye, the defendant was employed by Mrs Oluwatoyin Peters as a driver in January to supply chin-chin to her customers.

She alleged that the defendant had since he was employed, been removing a packet of chin-chin from each bag of 11 packs to make up more bags to sell to his own customers.

Olaluwoye said that the driver had stolen packets of chin-chin that formed up to 300 bags, sold them and converted the proceeds to his personal use.

He said that Peters ’s customers had been complaining about the reduction in the number of chin -chin packets in each bag.

“This  prompted her to report the theft at a police station.

“An investigation was carried out, and the defendant was apprehended; he confessed to the offence in his statement,” she said.

The News Agency of Nigeria (NAN) reports that stealing from one’s employer contravenes Section 287 (7) of the Criminal Law of Lagos State, 2015. It is punishable with a seven-year jail term.

Oghere granted the defendant bail in the sum of N500, 000 with two sureties in like sum.

She ordered that the sureties should be gainfully employed and show evidence of three years’ tax payment to the Lagos State Government.

The case was adjourned until June 26 for mention.