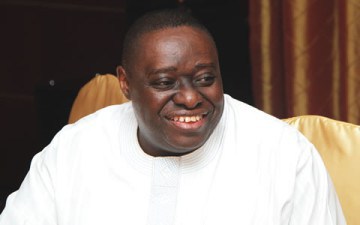 In a press release made available to newsheadline247, the Presidential aspirant said, “Chief Aboderin’s untimely departure is certainly heartbreaking: painful to the family, a monumental loss to the fourth estate of the realm and the nation at large”

The full details of the Press Release:

His Excellency Alhaji Atiku Abubakar GCON former Vice President has expressed shock and anguish over the sudden demise of the Chairman of one of Nigeria’s leading media groups, Chief Wale Aboderin of the Punch newspapers conglomerate.

Waziri Adamawa, in a condolence message signed by his media office on Thursday, said he felt the pains of the immediate Aboderin family in particular; the media, especially the Newspapers Proprietors Association of Nigeria (NPAN) and the teeming lovers of Punch newspapers worldwide.

“In today’s world, 60 years is too young an age for anyone to pass on with their lofty dreams. Wale Aboderin’s untimely departure is certainly heartbreaking: painful to the family, a monumental loss to the fourth estate of the realm and the nation at large,” AAA said.

The Waziri of Adamawa noted that Wale had been in the vanguard of sustaining the vision of his late father and founder of the Punch group of newspapers and that he had also made his own mark as a philanthropist and founder of Dolphins Female Basketball Foundation.

Atiku prays that the soul of the deceased shall find rest in eternity, and also that God grants the family the fortitude to bear the loss.”