‘Not too young to run’: Buhari signs bill into law 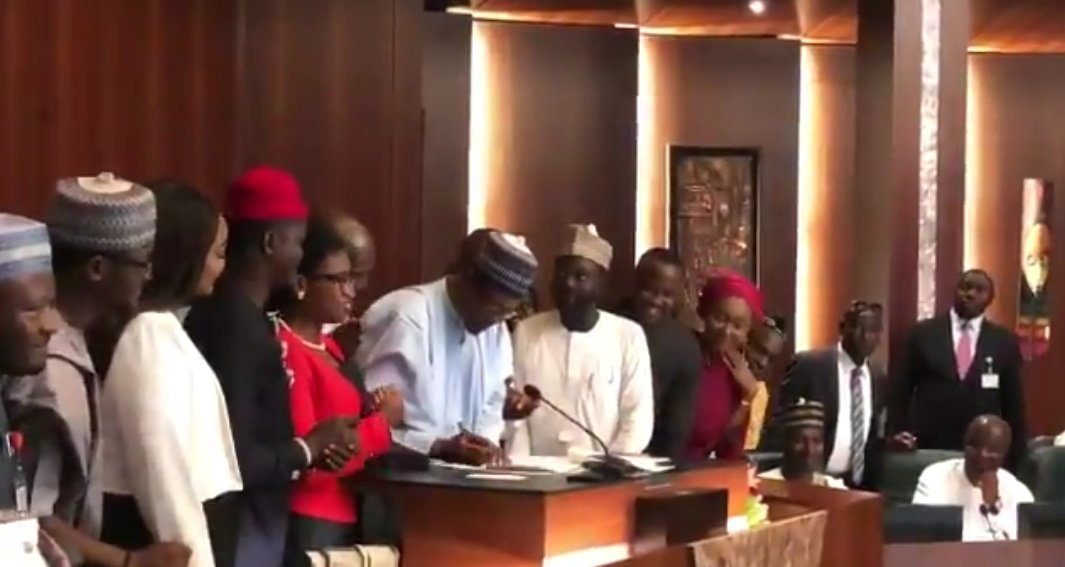 Nigerian President, Muhammadu Buhari has signed assented to a bill that will allow more young people to contest elections in the country.

The 75-year-old president had said on Tuesday that he will assent to a bill that will pave a way for more young people to contest elections in Africa’s most populous country.

Known as ‘Not Too Young to Run’, the law lowers the age limit for those seeking political office in a country where more than half of the population is younger than 30

“In few days to come, I will be joined by many promising young Nigerians to sign into law the “Not Too Young to Run” Bill,” President Muhammadu Buhari had said in a televised speech to mark the nineteenth anniversary of Nigeria’s return to democracy and the third year of his government.

Nigeria’s 1999 constitution stipulates that the president has to be at least 40, while senators and state governors have to be aged 35 or above. The bill, however, reduces the minimum age for presidential candidates from 40 to 35, and state governors and senators from 35 to 30. The age limit for state assembly will be 25.

The law was passed by both Chambers of the National Assembly in 2017 and also been approved by the constitutionally required a two-third of the state assemblies.

Buhari is standing for reelection in the next general elections scheduled to hold in the first quarter of 2019. Other candidates such as Atiku Abubakar of the People’s Democratic Party (PDP), former Nigeria’s central bank deputy governor Kingsley Moghalu, the publisher of Sahara Reporters Omoyele Sowore are older than 40 years.