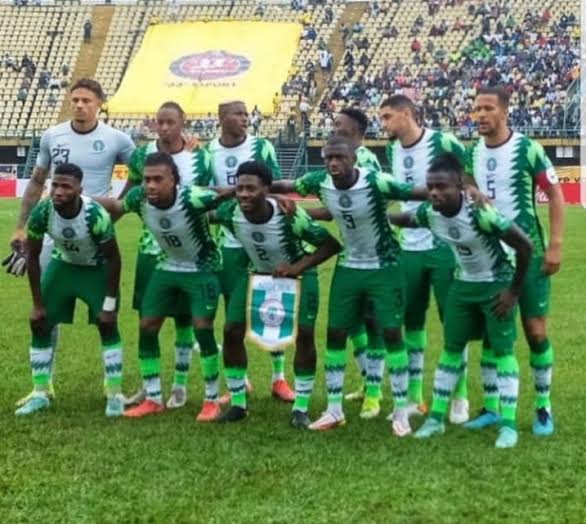 The Super Eagles of Nigeria on Sunday in their Qatar 2022 FIFA World Cup Qualifier trashed the Central Africa Republic in Cameroon to revenge their loss to the same team barely 72 hours ago.

Leon Balogun, who was blamed for the first leg defeat, opened the scoring for the Super Eagles in the 32nd minute after latching on to a long throw from the skipper, Ahmed Musa.

CAR still proved stubborn for the visitors who found it hard to break their defence with Musa playing into goalkeeper Prince Samolah’s hands and Kelechi Iheanacho taking a long-range shot off the mark.

Napoli striker Victor Osimhen doubled Nigeria’s lead before the referee called half time scoring with an assist from Troost-Ekong inside Les Fauves 18-yard box taking the lead into the second half.

The second half saw missed chances from the Super Eagles who held fast to maintain the lead throughout the duration of the match.

Nigeria now maintains their lead at the top of Group C with nine points.

The Super Eagles will in their next fixture confront Liberia in a second leg fixture in November.