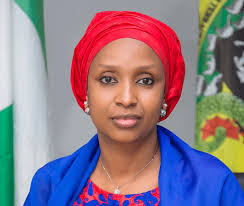 The House of Representatives Committee on Public Accounts has queried the management of the Nigerian Ports Authority (NPA) led by its Managing Director, Hadiza Bala Usman, over N5.1 billion contract for the renovation of the agency’s corporate headquarters in Lagos and relocation of some of its offices.

The Auditor General of the Federation had probed the deal awarded in 2011 with a completion period of 15 months for lacking valid papers and contractors.

Speaking yesterday during the interrogation of the NPA management, the committee chairman, Wole Oke, faulted the award of such a big project with a legal document.

However, the NPA boss insisted that due process was followed having been approved by the Federal Executive Council (FEC).
But the panel countered, stating that only the original copies of the agreement that could exonerate the agency.

Oke held that the photocopies before the committee were not readable, ordering that the audit query be stepped down for NPA to produce the originals.

The Auditor General of the Federation’s query claimed that as of 2013 when the contract ought to have been completed after full mobilisation, there was no valid contractual pact in place.