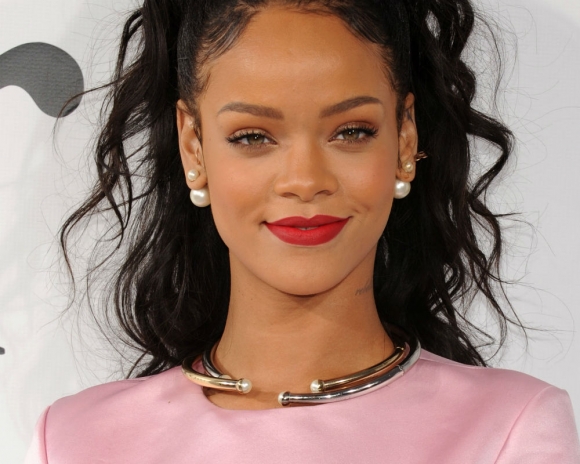 Reported to have Dated Naomi Campbell………..

The mystery man pictured slobbering all over Rihanna in a Spanish swimming pool has been identified as Saudi businessman Hassan Jameel, who is believed to be one of the wealthiest men in the world.

Hassan is the deputy president and vice chairman of the family-run business Abdul Latif Jameel, one of the world’s most successful companies, and key investors in Toyota. According to sources, the pair have been discreetly dating for several months, despite the grainy paparazzi pictures being the first public confirmation that Rihanna was even in a relationship.

“This relationship is the real deal,” an unnamed source told The Sun. “Rihanna has told friends she’s in love with him and seems completely smitten. They’ve been spending a lot of time together away from prying eyes and are really serious. They’re really enjoying each others’ company.”

Jameel is also reported to have dated Naomi Campbell after being pictured with the supermodel icon at a Stevie Wonder concert last summer. In a potentially juicy addition to the story, Campbell was recently speculated to have been feuding with Rihanna after the pair mysteriously unfollowed each other on Instagram.

Asked by Andy Cohen on his American talk show Watch What Happens Live if the former friends “had beef” with one another, Campbell declined to either confirm nor explicitly deny that there had been an incident, offering a characteristically shady “Everything’s fine”, before adding, “I’m an actress now, Andy.”

Jameel is the first person Rihanna has been linked with since her rumoured on-again/off-again fling with R&B superstar Drake. Prior to that, she had a long and sadly notorious relationship with Chris Brown, and has been linked with rapper Travis Scott and baseball star Matt Kemp.