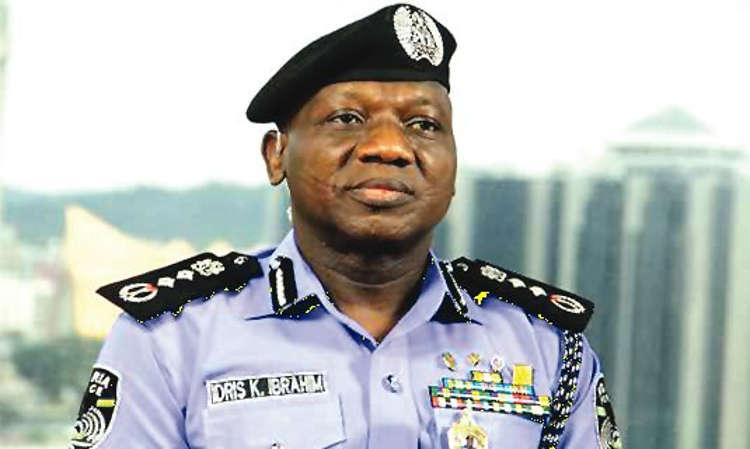 In Edo, evil blooms high on a throne of royal state. Pure vile outshines the lure of the beautiful state as miscreants and criminal masterminds stifle its peace and run over its security apparatus. The anomaly persists because for a curious reason, Nigeria’s Inspector General of Police (IGP) Ibrahim Idris, prevents a new Commissioner of Police (CP) from assuming duties in the state since the transfer of the incumbent CP, Haliru Gwandu.

Consequently, Edo has been thrown in panic and persistent state of tumult as the citizenry and senior government officials cringe from the terror of criminal gangs and their masterminds.

The criminals are believed to be those who used to collect illegal tolls as well as land speculators and touts who have been now been dislodged by the government.

The situation has aggravated since violence erupted on the streets and the state’s erstwhile peaceful neighbourhoods and institutions. Earlier in the week, Paul Otasowie, a professor at the University of Benin, was murdered by suspected hired killers.

Kidnapping has also been rampant in the state in recent times — Andy Ehanire, CEO of Ogba Zoo, Osayomore Joseph, a popular local musician, and Lawrence Adorolo, a Catholic priest were all abducted.

In the wake of the security crisis, Gaius Obaseki, the state governor, allegedly lost confidence in former CP Gwandu, but the replacement, Johnson Kokumo, has not been allowed to assume duties since the transfers were announced in July.

Kokumo was the commissioner of police (armament) before his transfer to Edo by the Police Service Commission (PSC). However, Garba Umar, who was deployed from Bayelsa state to Anambra state as police commissioner at the same time as Kokumo, has since assumed duties at his new post.

Further findings revealed that there may be more to the escalation of crime and insecurity in the Edo. Some police officers in the state are of the opinion that the recent upsurge of crimes is masterminded by the leadership of the police command.

However, IG Idris is also held complicit due to his persistent failure to allow Kokumo take over from Gwandu months after the latter’s transfer was announced.

There are also allegations that because Divisional Police Officers (DPOs) in the state are forced to remit money to police authorities, many of them have resorted to criminal activities in order to keep their jobs.

At the backdrop of the proceedings, Governor Obaseki has reportedly made efforts to ensure that the new police commissioner, Kokumo, assumes duty, but he has been rebuffed by Idris and Gwandu, while the police commission watches on helplessly, according to inside sources.

Meanwhile, Obaseki has said the state will not be forced by criminal elements and organised crime to the negotiation table. He emphasised that the maintenance of law and order in Edo and the liberty of the citizenry  “are not for sale.”

He called on Edo people to remain calm but vigilant claiming that despite the palpable insecurity, his government is opening up various sectors of the economy to ensure that jobs are available to both the skilled, semi-skilled and even the unskilled.

“We are also building vocational and technical training institutions where these people will be directed and trained for free in order to reintegrate them into the society where people live off the fruit of their daily labour in legitimate enterprises,” he said.