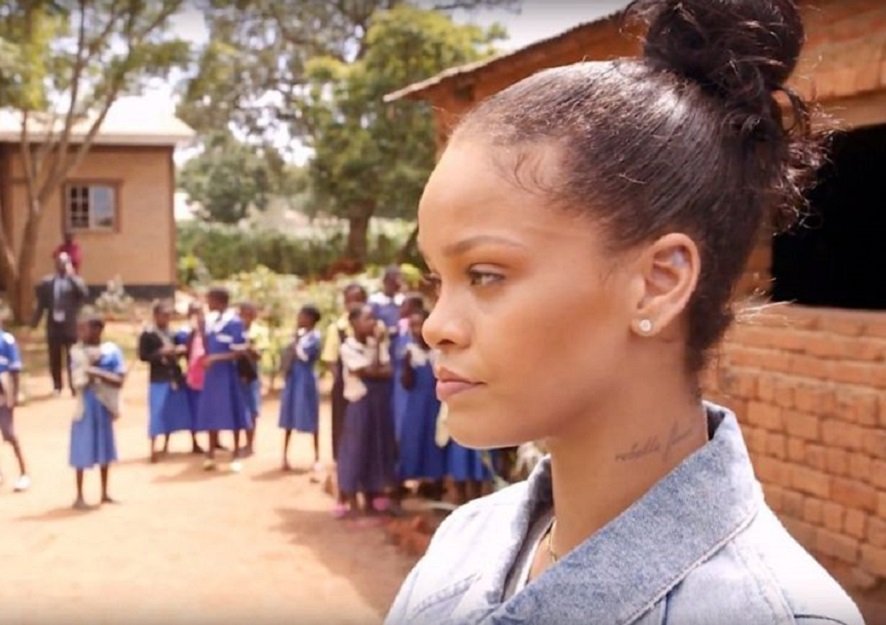 Megastar Rihanna vowed on Friday in Dakar, Senegal, she would “never stop fighting” to get millions of children back in school.

She spoke on Friday at a conference co-hosted by President Emmanuel Macron of France and Senegalese President Macky Sall. The conference was organised by the Global Partnership for Education.

“We have made tremendous progress today but of course our work is never done, we have a long way to go, and this is a fight we are never going to stop fighting, until every boy and every girl has access to education,” she told the crowd.

At ease with the African heads of state gathered onstage, Rihanna put her arm around Malian leader Ibrahim Boubacar Keita and joked around with Senegal’s President Sall.

Macron spoke with Rihanna on the sidelines of the event after she challenged him to contribute more to the project in a tweet on Thursday, before announcing 200 million euros ($249 million) for the partnership’s activities.

Macron promised a major boost in foreign aid for education in developing nations.

The French leader told delegates that countries where the world had witnessed “democracy being rolled back”, were also where “girls were being pushed out of school.”

The funding promise represents a massive increase on the 17 million euros pledged at the last conference in 2014. It brings France closer to Britain, which contributes $430 million, and the European Union, which gives $400 million.

It is not the first time the young French leader and the singer of “Umbrella” fame have met: she visited the Elysee Palace in July after tweeting him on the same issue.

The Dakar conference, which brings together governments and the private sector, aims to raise $3.1 billion (2.5 billion euros) over the coming three years to support education for 870 million children around the world.

The French presidency said the partnership was “well on the way” to reaching this goal on Friday afternoon.

Some 264 million school-age children and youths are living without any education owing to poverty, conflict and social barriers including bias against girls, according to the United Nations Children’s Fund (Unicef).

“This is one of the, if not the, largest gatherings of its kind to really demonstrate political will, financial investment, the urgency of the education crisis,” Alice Albright, CEO of the Global Partnership for Education told AFP.

Partner countries in the GPE scheme are required to earmark 20 percent of their national budgets to education — a tough goal for developing nations battling jihadists or civil conflicts.

Literacy in sub-Saharan Africa hovers around 65 percent, according to UNESCO, the UN’s culture and education agency, and girls lose out disproportionately.

“People feel education is not that important because you are not losing lives”, Unicef Executive Director Henrietta Fore told AFP on Friday.

“But education must be seen with the same urgency,” she added. Without it, “you lose a child’s future”.