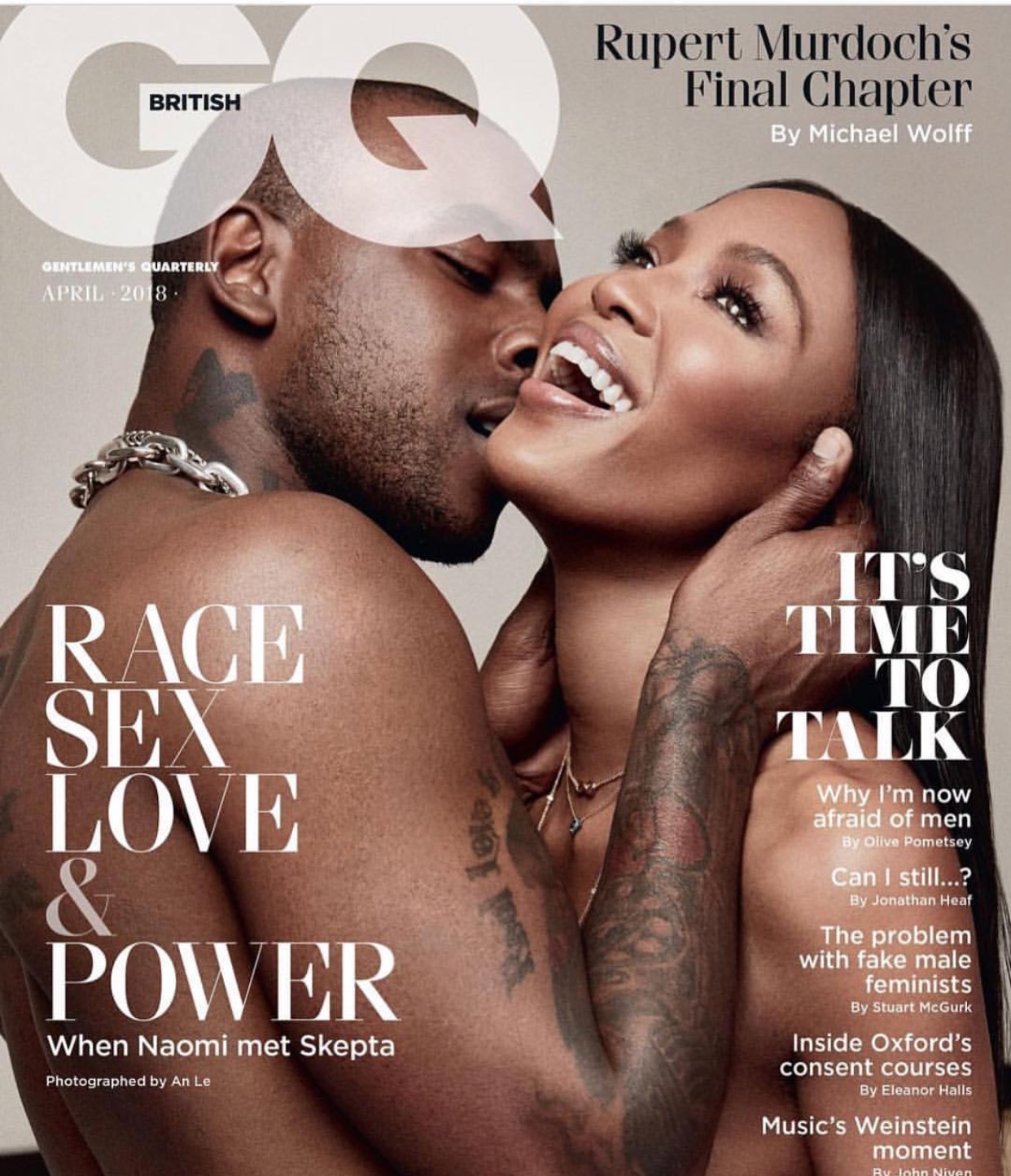 It’s now official: supermodel Naomi Campbell is off the market. And she is dating British musician Skepta, whose real name is Joseph Junior Adenuga.

Adenuga is 15 years younger than the fashion icon.

There had been rumour about their relationship, but Naomi, 47, confirmed it via an Instagram post on Thursday, when she shared a GQ cover featuring her and her beau cuddled close while wearing nothing but jewelry.

Skepta is the first man Naomi has been linked to since Egyptian millionaire Louis C. Camilleri in July 2017, the Mail Online reported.

Born Joseph Junior Adenuga on September 19, 1982, Skepta is an English rapper, songwriter and producer. Although he was born in North London, his parents are Nigerian immigrants.

He made his musical debut in 2007 with the release of his cleverly titled album, Greatest Hits.

Skepta’s second album, Microphone Champion, followed in 2009. Both albums were independent releases. By the time his third album, Doin’ It Again, was released in 2011, he had signed with AATW.

Skepta didn’t begin to really draw attention until his fourth album, however. The project, titled Konnichiwa, was released in May 2016. It won him a Mercury Prize. Since gaining notoriety, he’s collaborated and performed with major names in the music business like Flatbush Zombies, Wizkid and Drake, Kanye West and more

The rapper has four siblings, two of whom music aficionados may be familiar with. His one brother is a grime rapper called Jme. Skepta has another sibling, Julie Adenuga, who’s a DJ on Beats 1.

In addition to musical pursuits, Skepta founded a clothing company called Mains. The brand dropped its first line in June 2017.