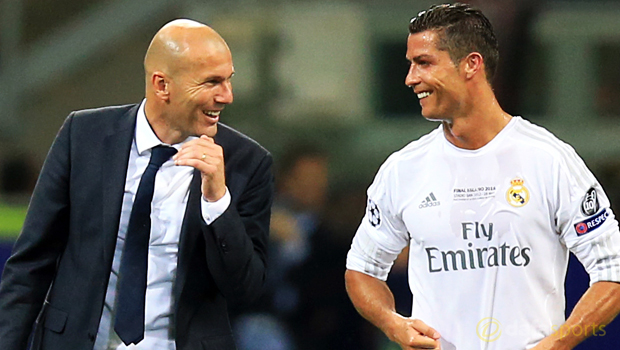 His coach, Frenchman Zinedine Zidane is also favoured to be named Best FIFA Men’s Coach after becoming the first man to mastermind a successful defence of the European Cup in the Champions League era.

Ronaldo, who won last year’s inaugural award, fired Madrid to glory in La Liga and scored 12 goals as they won the Champions League for the third time in four seasons.

He is nominated alongside his eternal rival Lionel Messi and Messi’s former Barcelona team-mate Neymar, now of Paris Saint-Germain.

“In the end, Ronaldo is ahead of the others,” Roma icon Francesco Totti told the FIFA website ahead of the ceremony at the London Palladium.

“He had an amazing season and also accomplished all of his goals with the most prestigious of teams.”

Should Ronaldo prevail, it will pave the way for him to match Messi’s record of five Ballons d’Or when France Football magazine announces the winner of that award early next year.

Ronaldo, 32, won the inaugural Best FIFA Men’s Player Award last year after a six-year merger between the FIFA honour and the Ballon d’Or.

Ronaldo previously won the FIFA World Player of the Year award, the precursor to the Best FIFA award, in 2008.

The Argentina great has made a superb start to the current campaign, scoring 15 goals for Barcelona and earning his country a place at next year’s World Cup with a magical hat-trick against Ecuador.

“We all know who is the best player in the world,” says Barcelona coach Ernesto Valverde.

“The truth is, the handing out of a trophy isn’t something that worries me too much.”

Zidane is up against Chelsea’s Antonio Conte and Juventus coach Massimiliano Allegri, for the Best Coach award.

“To be sincere, if they give me it, I’ll take it with pleasure,” Zidane said.

The winner of the Puskas Award for the best goal of 2017 will also be announced.