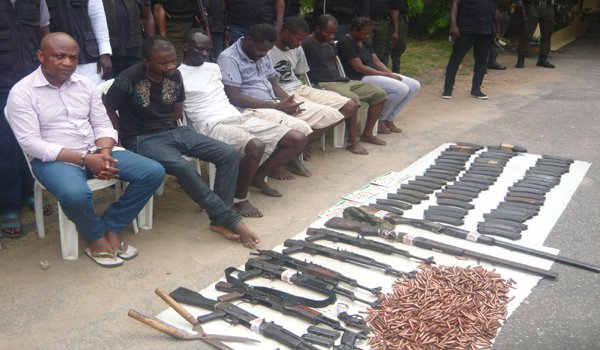 The federal high court in Lagos has awarded N2 million against the police in the case involving Okwuchukwu Obiechina, brother-in-law of Chukwudumeme Onwuamadike, suspected kidnapper better known as Evans.

Obiechina had filed a fundamental rights enforcement suit against the police for “illegally” detaining him in the course of investigations into Evans’ alleged kidnap.

In his ruling on Monday, Mohammed Idris, the presiding judge, said Obiechina’s arrest and detention by the police was unconstitutional.

The judge declared as invalid, the remand order which the police said it obtained prompting his detention.

He ordered the police to either release Obiechina unconditionally or immediately charge him to court if they so wish.

The court also awarded N2 million damages in Obiechina’s favour and subsequently ordered the police to tender a public apology to Obiechina which will be published in two national dailies.

Evans is being tried along five orders for alleged criminal cases bordering on kidnapping and conspiracy.