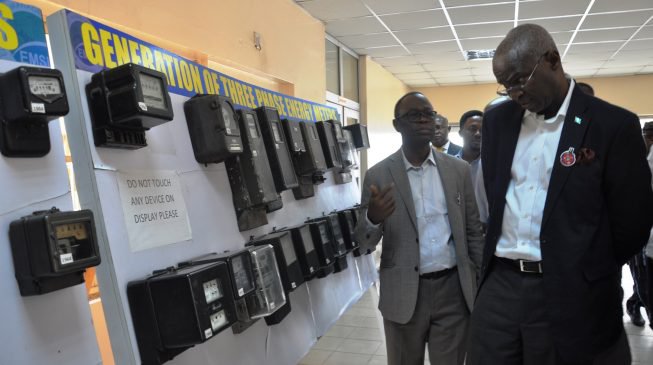 The Socio-Economic Rights and Accountability Project (SERAP) has dragged Babatunde Fashola, minister of power, works and housing, to court over his failure to account for money spent on the privatisation of the electricity sector.

In a suit filed on behalf of SERAP by its counsel, Bamisope Adeyanju, the group also wants the former Lagos state governor to explain if such spending came from budgetary allocations or other sources.

In the suit filed last week at the federal high court, Ikoyi, Lagos, SERAP is seeking “an order for leave to apply for judicial review and an order of mandamus directing or compelling Fashola to provide specific details on the privatisation of the electricity sector, the names of all the companies and individuals involved; and to publish widely including on a dedicated website any such information.

“Publishing the information requested and making it widely available to the public would serve the public interest and provide insights relevant to the public debate on the ongoing efforts to prevent and combat a culture of mismanagement of public funds, corruption and impunity of perpetrators.

“Most of the companies that won the bids had no prior experience in the power sector and little or no capacity at all to manage the sector; the privatisation of the power holding company of Nigeria (PHCN) have yielded the country total darkness.

“To further highlight the seriousness of the situation, several years after the country’s power sector was privatised, millions of Nigerian households particularly the socially and economically vulnerable sectors of the population continue to complain about outrageous bills for electricity not consumed, and poor power supply from distribution firms.

“Millions of Nigerians continue to be exploited through the use of patently illegal estimated billing by DISCOs. One wonders the essence of the privatisation if there has been no corresponding improvement in power for Nigerians.

“Enforcing the right to truth would allow Nigerians to gain access to information essential to the fight against corruption and provide a form of reparation to victims of grand corruption in the power sector.

“SERAP has the right to request the information under contention on the basis of several provisions of the freedom of information (FOI) act, 2011.”