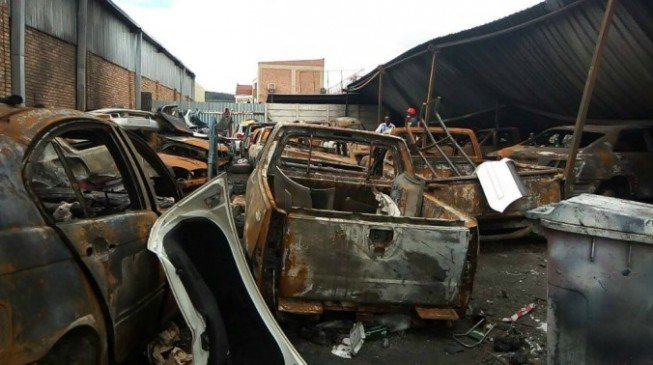 The Nigerian Community in South Africa said on Saturday that a mob destroyed four shops and several houses belonging to their members at Krugersdorp, near Johannesburg.

Mr Cyril James, the Ward Chairman of the Nigerian Union in the area, told the News Agency of Nigeria (NAN) on the telephone from Johannesburg, South Africa that the attacks began on Jan. 18.

According to James, the reason for the attack by the mob was an alleged abduction and rape of a South African girl by a Nigerian.

James said, “The South Africans attacked our homes and shops, destroyed all we have. Many Nigerians suffered severe injuries during the attack. We have left our homes for safety because they (South Africans) are regrouping to attack us again,” he said.