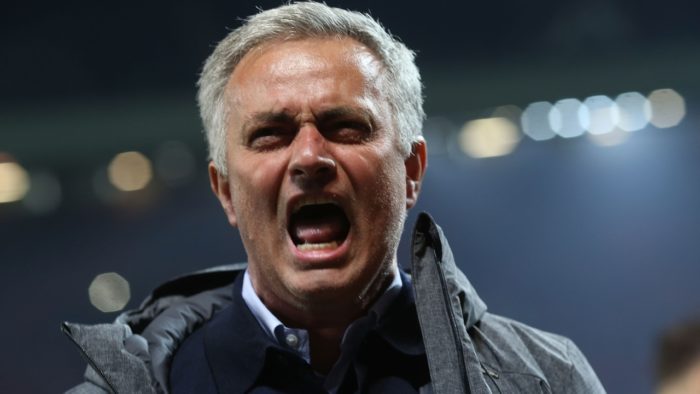 Agency Report>>> The Public Prosecutor’s office of Madrid filed a lawsuit against Jose Mourinho on Tuesday accusing him of defrauding the Spanish Taxman of 3.3 million euros (3.7 million dollars) during his time as Real Madrid coach.
Mourinho, who is now Manchester United manager, is accused of using a corporate structure to hide image rights earnings from the taxman in 2011 and 2012.
The Portuguese coach became a Spanish tax resident in 2010 when he joined Real Madrid but is accused of failing to declare image rights earnings to Spanish tax authorities.
A judge will now decide if the case goes to court.
Spanish tax authorities believe Mourinho used an image rights company based in the British Virgin Islands that was part of a chain of companies including two in Ireland linked to Mourinho’s agent Jorge Mendes.
“The corporate structure was used by the accused in order to make the benefits derived from image rights opaque,” the prosecutor said in a statement.
The accusation against Mourinho comes a week after Spain’s Public Prosecutor accused Cristiano Ronaldo, another of Mendes’ clients, of defrauding Spain’s tax office of 14.7 million euros.
Ronaldo has been summonsed to appear in court in Madrid on July 31 as part of the investigation.
He is due to play for Real Madrid against Barcelona in a friendly in Miami on July 29.
But will have to attend court just outside of Madrid on the morning of the July 31 just 30 hours after the scheduled El Clasico.
Ronaldo has hired law firm Baker McKenzie and his defence will be based on contesting the proportion of his image rights earnings that were made outside of Spain meaning he was not obliged to declare them in Spain.
Barcelona footballer Lionel Messi was given a 21-month sentence last year, which he is unlikely to serve, for having defrauded the national purse of 4.1 million euros of undeclared image rights earnings.
In Spain, sentences of under two years are normally suspended.
Mourinho and Ronaldo are among seven clients of Portuguese agent Jorge Mendes who have been investigated for possible tax fraud. The list includes Ricardo Carvalho, Angel Di Maria, Pepe, Fabio Coentrao and Radamel Falcao.
Share
Facebook
Twitter
Pinterest
WhatsApp
Linkedin
Tumblr
Telegram
Previous articleAviation industry threatened by shortage of pilots
Next articleStudy shows Nigerians don’t read