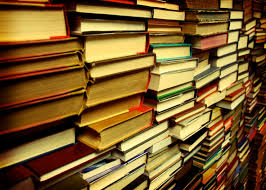 the National Librarian, says that Nigeria is not rated among the most reading countries in the world.

Aina, who is also the Chief Executive Officer, National Library of Nigeria, said this in Enugu on Wednesday at the Readership Promotion Campaign (RPC).

He said that a recent study on the most reading countries in the world showed that Nigeria was not mentioned in the ranking while Egypt and South Africa were among the first 30 countries rated.

“Leading world nations pride themselves on their promotion of reading.

“They see a high level of literacy as a major source of their competitiveness and social maturity.

“The absence of a widespread culture of reading in the case of Nigeria acts as an effective barrier to our development and international competitiveness.’’

Aina said that it was against the background that the National Library embarked on an intensive readership promotion campaign across the country to encourage reading among Nigerians as well as to identify obstacles inhibiting reading and proffer solutions.

He appealed to teachers to encourage pupils and students to read and urged parents to make books available to their children.

In a message to the event, Gov. Ifeanyi Ugwuanyi of Enugu State said that his administration was doing everything possible to promote reading culture in schools.

Ugwuanyi, represented by the Commissioner for Education, Prof. Uchenna Ezeh, said that the government had reintroduced reading clubs in secondary schools while renovating schools and providing instructional materials.

“We are in a knowledge propelled economy and through reading, you gain information about your environment.’’

The governor pledged to partner with groups that would promote reading culture in the state.

Earlier, the Chairman of the occasion, Chief Frank Ndubuisi, decried the deplorable condition of many libraries across the country and called for government’s urgent attention.

While commending the National Library for reviving the campaign, Ndubuisi, an Educationist, also advocated for the introduction of e-library that would stand the test of time.

Other speakers at the event, including an octogenarian writer, Dr Rose Chukwuemeka-Ike, and the President, Coal City Literary Forum, Dr Adaobi Nwoye, also emphasised the need to promote reading culture among youths.

According to Ike, reading is to the mind what exercise is to the body.

The event featured reading competition and spelling bees by some secondary schools in the state.