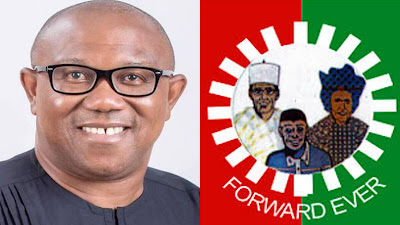 The group called on the national chairman of the party, Barrister Julius Abure, to call his fellow NWC members to order

Some National Officers of the Labour Party have been cautioned against their continuous interference in the affairs of the Lagos State chapter of the Party.

The groups, under the umbrella of “Obidients Movement Lagos” in a statement made available to the journalists on Wednesday, and signed by it’s coordinator and secretary, Mr Femi Collins and Desmond Onyeagocha respectively, mentioned the National Publicity Secretary, Mr. Abayomi Arabambi and the National Legal Adviser, Barrister Akingbade Oyelekan as the national officers whose activities have been less than decorous.

The statement reads in parts:

“We like to use this medium to express our displeasure at the conducts of the National Publicity Secretary and National Legal Adviser of our party for their interference in the runnings and operations of the party in Lagos State; it is indecorous and less than salutory to say the least”.

“We have observed the manner with which the identified national officers have used thier offices and influences to intervene in the processes of the party, especially as relates to candidates and INEC”.

The group said that the LP in Lagos is one of the most viable and vibrant in the country with potentials for electoral victory in the forthcoming general elections and no internal issues should diminish the chances of the party at the polls.

The statement stated further, “We are confident of good results in Lagos State both for our Presidential candidate, Peter Obi and all other candidates, therefore, nothing must jeopardy the peace and processess of the party”.

Continuing, “We believe that Arabambi and Oyelekan have enough duties to attend to in strengthening the party in other 35 states of the federation, than focus on Lagos; thereby causing distraction, distruptions and animosities among members”.

The group then called on the national chairman of the party, Barrister Julius Abure, to use his good office to call his fellow NWC members to order and preserve the integrity of the national executive and the sanctity of the party in Lagos State.

“The national chairman must immediately act as a father and decisively rein in the abberant officers in the interest of the party”; the group noted.