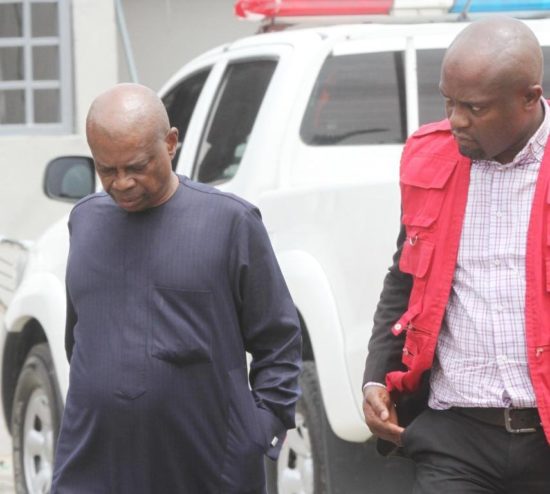 A judge of the Lagos Division of the Federal High Court on Tuesday ordered a former permanent secretary in the Ministry of labour and Productivity, Clement Onubuogo, to forfeit N664 million and $137,680 to the federal government.

According to reports by Premium Times NG, Saliu Seidu, the judge, granted the order at the resumed trial of Mr. Onubuogo who is allegedly involved in the diversion of funds from the Subsidy Reinvestment Programme inaugurated by former President Goodluck Jonathan.

The counsel to Mr. Onubuogo, T.S Awana, told the court his client had two applications, one challenging the jurisdiction of the court and the other for discharge of an earlier order of the court granting the interim for forfeiture of the properties in question.

Mr. Awana, however, added that the case being a civil case and with an ongoing discussion between his client and the Economic and Financial Crimes Commission on the need to settle out of court, he would be withdrawing the two applications.

Rotimi Oyedepo, the EFCC counsel, admitted there were talks to settle out of court and, as a result, he would not be opposing the withdrawal of the two motions filed by the defendant and urged the court to strike out the motions to facilitate the out of court settlement.

Mr. Oyedepo told the court that based on the discussion and agreement reached between the parties, the EFCC would be applying for the discharge of an earlier interim order of the court on two of the properties being sought to be forfeited to the government.

He then urged the court to discharge the earlier order of the court as regards the two properties.

Mr. Awana did not oppose the application.

“In view of the discussion with the defendant we want to move the motion of the 5th of September, 2017, wherein we are seeking the final forfeiture of the properties listed in prayers 1,2,3 and 4.”

Mr. Oyedepo said the motion was brought pursuant to Section 17 of the Advance Fee Fraud and other Related Offences Act Number 14, 2014.

The judge consequently granted the application ordering the defendant to forfeit the sum of N437,348,181 the EFCC found in Mr. Onubuogo’s possession which sum is reasonably suspected to be proceeds of unlawful activity.

The court also ordered the final forfeiture of another N97.3 million found by the Commission in the defendant’s account.

Mr. Onubuogo was further ordered to forfeit to the Federal Government the sum of $137, 680.11

The EFCC had arraigned Mr. Onubuogo in April 2016 before Babs Kuewumi of the Lagos Division of the Federal High Court on a three-count charge bordering on failure to declare his assets.

The accused person allegedly failed to disclose the sum of N97.3 million found in his account.

he offences, the EFCC said, are contrary to and punishable under Sections 23(3)(c) of the Financial Crimes Commission (Establish) Act .

The accused person pleaded not guilty to the charges.