Tobi Amusan got another record-breaking gold medal for team Nigeria, this time at the Commonwealth Games in Birmingham, United Kingdom.

Amusan lined up in the final as favourite for gold and there was no stopping her as she blazed to a new games record of 12.30 seconds to retain the 100m hurdles she won four years ago in the Gold Coast, Australia.

Devynne Charlton finished a distant second to win silver for the Bahamas while Cindy Sember whose father is Nigerian won bronze for Great Britain.

Despite winning the race comfortably, Amusan said she did not execute it to the best of her ability.

“Mentally, it was challenging. It was nerve-racking. You know, when I say I poorly executed race, I know when I execute smoothly,” she said.

“I think my first five hurdles weren’t it, but I was able to get myself together and regroup and do what I needed to do and I did just that’’. 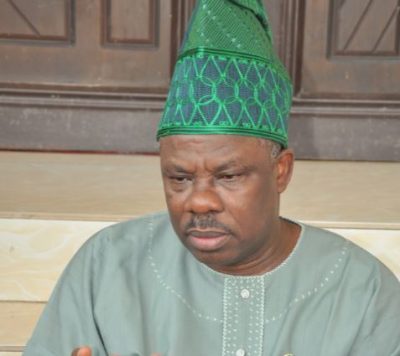 She dedicated her latest gold medal to God, her support system which includes her family, supporters, and her Jamaican coach, Lacena Golding Clarke under whom she has been training since 2016.

The 25-year-old has been in blistering form in the past year, breaking the African 100 meters hurdles record three times in the past 10 months.

After narrowly missing out on the podium twice at the World Athletics Championships in Doha in 2019 and at the Tokyo 2020 Olympics where she placed fourth on both occasions, Amusan finally struck gold at the World Championships in Oregon while setting a world record of 12.12 seconds in the semi-finals.

Amusan went even faster in the final race, clocking 12.06 seconds. However, her winning time is not recognised as a world record due to an illegal tailwind of 2.5 metres per second.