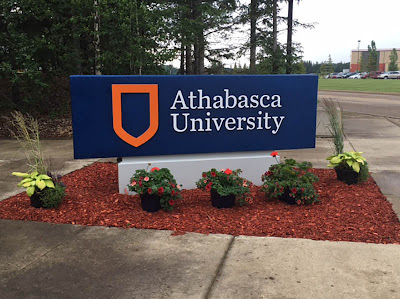 Igblalajobi, a postdoctoral research fellow in the North African country, last month, achieved the same feat for Nigerians from the University of Alberta, Canada.

The Athabasca University, Canada, has excluded Nigerian students from its list of foreign applicants to write and pass English proficiency before admission.

The waiver for Nigeria comes after a Canada-based Nigerian don, Dr Olumuyiwa Igblalajobi wrote a protest letter to the university.

Succumbing to his demand, Athabasca University, Canada has deleted Nigeria from its list of countries to write International English Language Testing System (IELTS), Test of English as a Foreign Language (TOEFL) and other English tests before enrollment.

Recall that Igblalajobi, a postdoctoral research fellow in the North African country, last month, achieved the same feat for Nigerians from the University of Alberta, Canada.

The waiver will be a victory for Nigerians who see the tests as mountains to surmount before gaining admission to the Canadian universities of their choice.

Igbalajobi argued, in his letter to the institution that Nigeria is an English-speaking country whose people should not be bothered to write IELTS, TOFEL and others.

According to him, since Nigeria teaches its children in English from elementary to tertiary level, this means the country is an English-speaking country.

He also argued that English is the official language of business in Nigeria, hence no need for further tests.

In response to the letter, the school has now updated the list as it has recognised Nigeria as an English-speaking country.

Report claimed that Igbalajob said it is not good that countries colonised by Britain are still being asked to prove they can speak English.

“I have written about 12 universities till date. I will continue to identify universities with stale lists and those who wouldn’t recognize Nigeria as an English-speaking country.”

His brave, heroic gesture has been praised by social media users and other Nigerians after the story went viral.