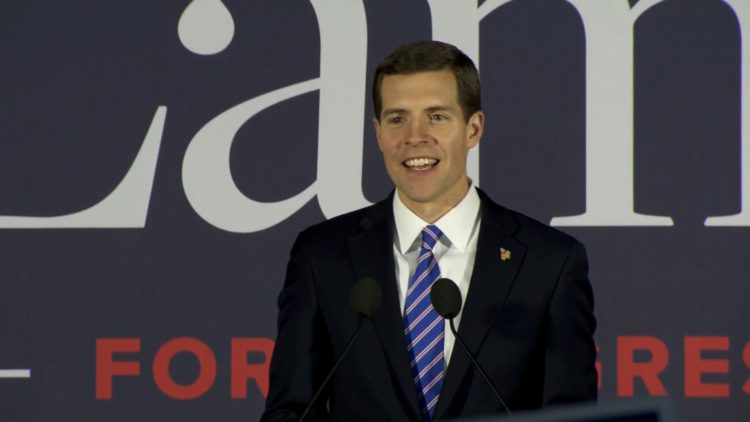 US Democrats claimed victory in a special congressional election in a Pennsylvania Republican heartland, a vote seen as a referendum on President Donald Trump’s performance, although the vote remained officially too close to call on Wednesday.

In an ominous sign for Trump’s Republicans eight months before national midterm elections, moderate Democrat Conor Lamb led conservative Republican Rick Saccone by a fraction of a percentage point in the race for the seat in the U.S. House of Representatives. The final result may not be available until Friday.

Republican Speaker Paul Ryan called the race a “wakeup call” in a meeting with Republican House members on Wednesday and pushed them to raise more campaign funding. He also urged them to do more to highlight tax cuts approved by the Republican-dominated Congress and signed by Trump.

Republicans have not conceded the race in Pennsylvania’s 18th congressional district and were not ruling out a recount or other legal action, a spokesman for the National Republican Congressional Committee said. Provisional ballots will not be counted until Friday.

Democratic sources said they expected the final count will show Lamb won the election by more than 400 votes.

Trump had campaigned for Saccone, holding a high-profile rally on Saturday in the district, which he won by almost 20 points in the 2016 presidential election. Trump also announced tariffs on imported steel last week that had been expected to appeal to voters in Pennsylvania.

“It took a little longer than we thought but we did it. You did it,” Lamb, 33, a U.S. Marines veteran, told cheering supporters late on Tuesday.

Speaking before Lamb claimed victory, Saccone, who has described himself as “Trump before Trump was Trump,” said the contest was not yet over.

“We’re going to fight all the way to the end. You know I never give up,” the 60-year-old state representative told supporters.

The strong showing by Lamb seems certain to buoy Democrats nationally as they seek to win control of the U.S. House of Representatives from Republicans in the November elections.

Republican donors and strategies have been anxious about high levels of enthusiasm on the Democratic side and have pressed on the need to motivate Republican voters to turn out to retain its grip on the U.S. Senate and House.

Republicans had long dominated the Pennsylvania district, a patchwork of small towns, farms and Pittsburgh suburbs – so much so that Democrats did not even field candidates in the previous two U.S. House elections. Saccone led the race by more than 10 percentage points in January.

Democrats see 118 Republican-held districts in play. If they flip 24 seats, they could reclaim a majority in the House.