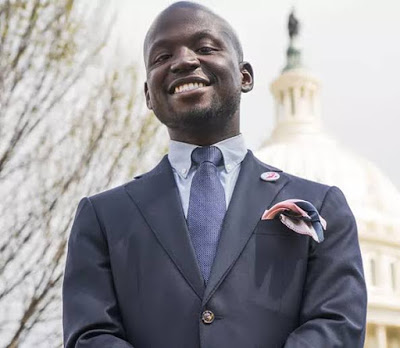 A Nigerian-born Democrat, Oye Owolewa, who has been elected as a shadow United States Representative out of the District of Columbia is the first congressman from the West African nation in the history.

“Democrat Oye Owolewa will be elected as a shadow U.S. Representative out of the District of Columbia,” ABC 7 news Tweeted.

About nine Nigerian-Americans contested in the US 2020 elections for different political offices at the federal, state and local levels.

Following his victory, Owolewa who is to represent Washington DC, becomes first Nigerian-American to be elected as a US (Shadow) Representatives.

These are what you need to know about the newly elected Nigerian-US Congressman: