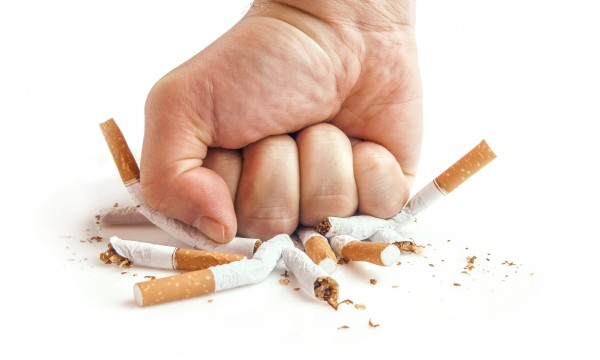 People who gain weight after they quit smoking may face a temporary increase in the risk of developing type 2 diabetes, with the risk directly proportional to the weight gain, according to a new study from Harvard T.H. Chan School of Public Health. But regardless of weight gain, quitters can reap significant health benefits, including lower risk of cardiovascular disease, cancer, and early death.

The study was published online August 15, 2018 in the New England Journal of Medicine.

“It’s been known that quitters may have an elevated risk of developing diabetes or worsening glucose tolerance in the first few years after quitting, and this may discourage smokers from quitting,” said Qi Sun, associate professor in the Department of Nutrition and senior author of the study. “But our study shows that it is the weight change after quitting that determines diabetes risk—so as long as quitters minimize their weight gain, their diabetes risk will not increase and, over the long run, is reduced.”

Although a number of previous studies had shown that diabetes risk may increase in the first few years after smoking cessation, it wasn’t clear what was driving the increase. In the new study, researchers looked at an average of nearly 19 years of data from 171,150 U.S. men and women enrolled in three cohorts—the Nurses’ Health Study, the Nurses’ Health Study II, and the Health Professionals Follow-Up Study—who filled out questionnaires about their health and lifestyle every two years. The researchers identified those who quit smoking and looked at associations between their weight gain and their risk of developing type 2 diabetes, as well as the impact of weight gain on the risk of death due to cardiovascular disease and other conditions.

Compared with current smokers, recent quitters had, on average, a 22% higher risk of developing type 2 diabetes. Their increased diabetes risk peaked 5-7 years after quitting, then gradually waned. The more weight people gained after quitting smoking, the greater their risk of type 2 diabetes. Among those who didn’t gain weight there was no increased risk. In addition, long-term smoking cessation was linked with a steady reduction in diabetes risk; among quitters who didn’t smoke for 30 years, diabetes risk dropped to that of people who had never smoked.

The study also found that, even among those who gained more than 10 kg (about 22 lbs), the risk of early death due to all causes or cardiovascular disease decreased, on average, by 50% and 67%, respectively, after quitting smoking.

“Smokers shouldn’t be deterred by potential weight gain after quitting because the short-term and long-term reduction of cardiovascular disease risk is clear,” said co-lead author Yang Hu, a doctoral student in the Departments of Nutrition and Epidemiology. “However, quitters may want to consider eating a healthful diet and engaging in physical activities to minimize weight gain to keep their diabetes risk at bay and to maximize the health benefits of quitting.”