Why billionaire Leemon Ikpea’s wife is hell-bent on destroying him after she was sent packing: Report 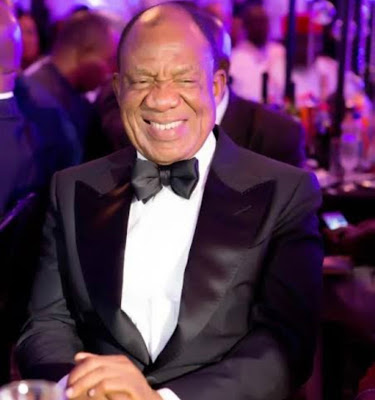 Emerging details have revealed that billionaire oil mogul, Chief Leemon Ikpea’s estranged wife, Mrs Agnes Ikpea, is allegedly hell-bent on destroying her husband after she had been mandated to vacate their luxurious family home in Banana Island, Lagos.

Since news broke recently that Justice Joseph Itsebaga Acha of the Edo State High Court granted the application of billionaire oil magnate, Chief Leemon Ikpea, for his wife, Mrs. Agnes Ikpea, to vacate their family home in Banana Island, Lagos, and to refrain from further causing him any harm, opinions and reactions have been mixed as many who do not know the intricacies of the case have been screaming blue murder, according to The Capital NG.

Others have castigated and queried Justice Acha as if he started the legal profession yesterday. For emphasis, Justice Acha is the second most senior Judge in the Edo State High Court hierarchy. So, he is no small fry!

The Capital NG reports that on February 17, 2021, Justice Acha granted Chief Ikpea’sapplication and ordered him to provide suitable accommodation for his wife around Victoria Island, Lekki or anywhere convenient in Lagos outside of Banana Island, Ikoyi, pending the determination of the substantive divorce suit. That was two weeks ago.

It was not until Monday, March 1, that a clearly jaundiced and jejune report surfaced in the social and traditional media that Mrs Ikpea was ejected from the same house the court had asked her to vacate. Pictures of the ‘ejection’ – with her bags and other paraphernalia all neatly arranged in luxury travel bags and sellotaped cartons – were generously displayed, in a move that discerning watchers have interpreted as deliberately whipping up public sentiments.

Contrary to the report that Chief Ikpea didn’t get her accommodation as stated by the court, it was learnt that instead of asking her to go to one of the numerous houses he had acquired for her over the years, Chief Ikpea got his estranged wife a well-appointed apartment in a gated estate in Ikoyi, Lagos. Even  her own children and lawyer can attest to this fact, as he okayed  and signed to that effect.   It remains unclear  why she is crying blue murder.

And Sources close to the family also posit that Mrs Ikpea was not in short supply of where to move to based on the court order. Before they parted ways, the Ikpeas had six children all of who are now adults and living very well off their father’s affluence.

Their 30-year-old son lives in a N450million house in Banana Island bought by Chief Ikpea last November and she could have conveniently moved there. One of her daughters, Augusta Ikpea-Enaholo, also runs the Royal Oaks Event Centre, a multipurpose state-of-the-art event centre in Lekki, commissioned in 2019 by Governor Babajide Sanwo-Olu. The event centre, valued at about N850m, was solely funded by her father, Chief Ikpea.

Other children of the Ikpeas all have their multi-million naira businesses and homes courtesy of their father. But it is alleged that the man was never happy in the marriage because every attempt he made to brush his wife up educationally and socially failed. Chief Ikpea reportedly married Agnes as an illiterate from a village in their native Edo State. He gave her everything she wanted in life.

He had beautiful plans. The plans were lofty and lovely. But things did not quite go as planned as the character traits of the two partners conflicted with their starry-eyed dreams.  Even during their stormy marriage, the man hardly had a breathing space until he could no longer bear her undisguised antagonism to him.

Yes, she has made up her mind to destroy the man who brought out of abject poverty.

Some of the factors that may also have led to Chief Ikpea deciding to quit the marriage for good include the ingratitude of his children who – despite all he does – are not on speaking terms with him; and his belief that their mother deliberately turned them against him.

“After working so hard all his life; and after all he has done for his family – nuclear, extended and even his daughters’ husbands included – Chief Ikpea deserves his peace of mind. The society or his kids should not decide for him where his happiness is,” said a family member of the Ikpeas.

A businessman and philanthropist, Chief Ikpea is an intensely private and media-shy billionaire. Apart from contemporaries in the business circle and a few friends in the political space, he never hugs the limelight like other billionaires.

Given that there is no legal or constitutional restriction whatsoever as to which court one can seek divorce in Nigeria, Chief Ikpea chose Benin, Edo State, not because he is from the state or is acquainted with Justice Acha. In fact, sources close to him say he has never met the Justice! However, the obvious media trial against Chief Ikpea not only beggars belief but skirts moral boundaries.