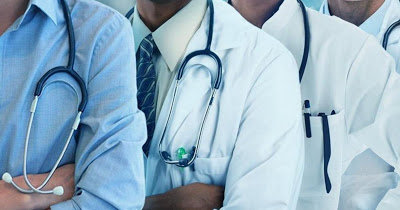 The National Association of Resident Doctors (NARD) has provided more reasons for suspending its nationwide strike.

The doctors embarked on strike last week Monday over unpaid salaries, lack of protective equipment in hospitals and so on.

The president of the association, Aliyu Sokomba, was quoted by Premium Times saying the union decided to replace the industrial action with a four-week ultimatum to allow the federal government to resolve all their pending demands.

Sokomba also said the strike was called off to allow the smooth running of the country’s response to the COVID-19 pandemic.

The doctors, on Sunday, suspended their almost one-week-old strike, two days after the Nigerian government announced the release of N4.5 billion to 31 federal teaching and Medical Centers across the country as payment for hazard and inducement allowances for April and May.

Payments of hazard and inducement allowances were among several demands by the resident doctors.

Announcing the release of the special allowance which is not just for doctors alone but for all health workers, labour minister Chris Ngige said the payment was made with the intention that it would ameliorate the plight of resident doctors across the country.

Sokomba, who reportedly expressed gratitude over the payment, however, urged the government to also pay all the public hospitals asides the 31 aforementioned tertiary institutions.

The Nigerian government had promised a special COVID-19 hazard and inducement allowance of 50 per cent of Consolidated Basic Salary to all health workers in Nigerian teaching hospitals, Federal Medical Centres (FMCs), and designated COVID-19 centres.

The NARD president said he expects the government to use the four weeks “grace given to them to address all pending demands of the resident doctors”.

The doctors are protesting over unpaid salaries, non-payment of hazard allowance, and a dearth of Personal Protective Equipment (PPE) in hospitals among several other issues.

Mr Sokomba also urged the government to prioritise life insurance for doctors on the forefront of COVID-19 treatment. He said no resident doctor has life insurance noting that no less than 10 doctors have died of COVID19.

“I have lost count of those infected by the virus,” he said

Resident doctors are certified doctors undergoing residency to become consultants. They make up a large bulk of doctors in Nigeria’s tertiary hospitals.

Health workers, being the first respondents to patients have continued to be at risk of exposure to COVID-19 virus.

Although health workers have been advised to use full PPE before attending to patients, many do not have access to this equipment.

As of June 2, about 812 health workers had tested positive for COVID-19 in Nigeria.