newsheadline247
HomeNationalYakasai reveals 2015 elections were rigged in the north
NationalNews

Yakasai reveals 2015 elections were rigged in the north 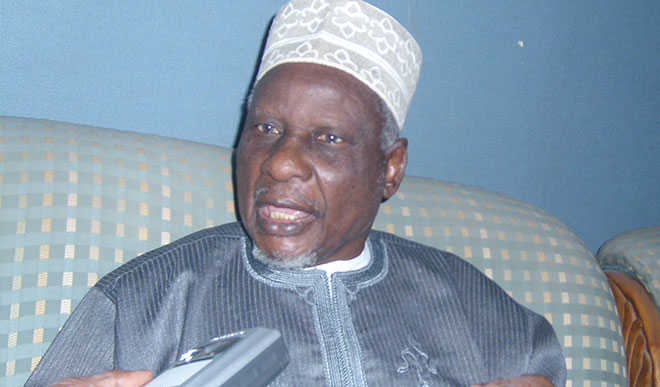 Tanko Yakasai has revealed that the 2015 elections were rigged in the northern part of Nigeria.

The elder statesman, speaking when he led the northern leaders’ stakeholders assembly to meet with former military president, Ibrahim Babangida, in Minna, Niger state said some southerners based in the north were disenfranchised in the 2015 general elections.

Yakasai described the unfortunate disenfranchisement of the southerners as “a form of rigging”, citing other instances.

He said: “There are many ways of rigging election. What happened in 2015 where the majority of southerners’ resident in the north were scared away from their places of residence, where they had registered to their place of origin and therefore could not have the opportunity to vote. That was rigging.

“Again, some of the southerners who did not run away were afraid to come out and vote on the day of the election. So scaring people from coming out to vote for the candidates of their choice is also a form of rigging.”

The elder statesman added that the failure of residents in the north to use the electronic voting system also marred the elections.

According to a report monitored on TheCable NG, Yakasai further said he supported the electronic voting when it was introduced in 2015 but had a change of mind with what happened in the general elections of the same year.

“When the electronic voting was introduced, I was in support of it, but when I observed what happened in the 2015 general election, I changed my mind,” he said.

President Muhammadu Buhari, a northerner, defeated Goodluck Jonathan — who is from the south — in the election widely adjudged as free and fair.

Yakasai’s comments come three weeks after Ibrahim Mantu, former deputy president of the Senate, spoke of his role in rigging elections in the past.