HomeENTERTAINMENTYour career finally coming to an end when this is over! –...
ENTERTAINMENTNews

Your career finally coming to an end when this is over! – Blackface tackles 2face again 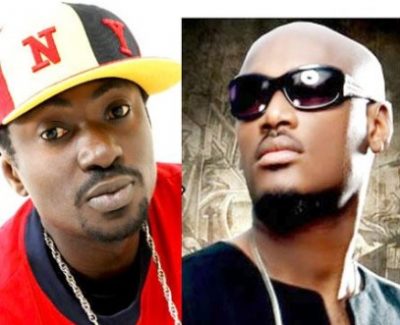 The war seems yet to be over between two members of the famous plantashun Boiz, Blackface and 2face Idibia.

The third member of the once dynamic group, Faze has been quiet in the age-long brawl.

The battle is far from over!

Blackface has always put up allegations of song theft and other copyright infringement by 2face – accusations believed to have drawn huge battle line between the two music stars.

From all indications, Blackface has pulled the first trigger this year. He has reignited a battle almost at its lowest ebb.

Blackface has publicly declared that the career of the multiple awards winning music icon, 2face will finally come to an end this year – ‘#youareoverwith2019.’

“Can the #WAR officially begin @official2baba? I say it has now #officially… even though you been taking secret shots but you can come out in the open now You know your career is going to end when this is finally over #youareoverwith2019,” he wrote.