HomeAfricaZimbabwe’s sacked VP, Emmerson Mnangagwa to be sworn in as president

Zimbabwe’s sacked VP, Emmerson Mnangagwa to be sworn in as president 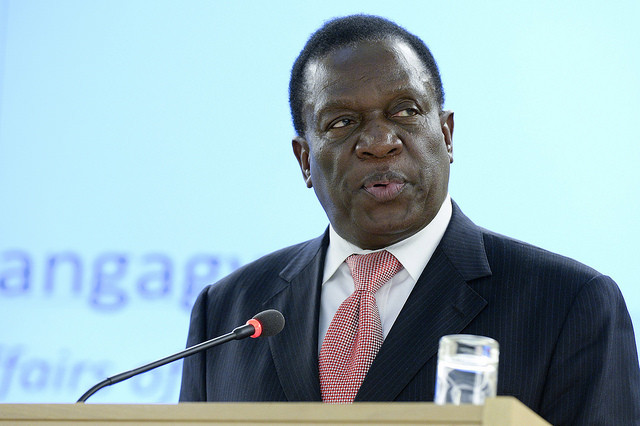 Emmerson Mnangagwa, former vice-president of Zimbabwe, who was sacked by Robert Mugabe, would be sworn in as president.

Mugabe reportedly fired Mnangagwa to pave the way for his wife to emerge as the head of the ZANU-PF, the ruling party.

Lovemore Matuke, ZANU-PF chief whip, told Reuters that Mnangagwa would be sworn in within 48 hours.

He added that Mnangagwa would serve the remainder of Mugabe’s term until the next general election in September 2018.

The military had warned Mugabe over his action but he refused, resulting in the seizure of power.

The only leader Zimbabwe had known since independence in 1980 was detained for days until he eventually stepped down.

He tendered his resignation letter to parliament on Tuesday.

“I, Robert Gabriel Mugabe, in terms of Section 96 of the constitution of Zimbabwe, hereby formally tender my resignation…with immediate effect,” the read in part.