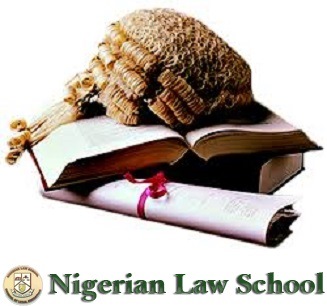 The Nigerian Law School, on Tuesday, called to the Nigerian Bar a total of 4,458 candidates who were successful at the August 2019 Bar final examinations.

The Director-General of the school, Isa Ciroma, in his address at the call to bar ceremony in Bwari, said that the figure comprised three candidates from the previous bar final examinations.

He said that 5,689 students sat for the examinations out of which 4,455 came out successful, while three others were from the previous examination.

According to Mr Ciroma, a professor, 147 candidates made first class, which is 2.58 percent of the total figure, 741 second class upper division, making 13.03 percent, while 2,247 made second class lower division, with 39.50 percent.

The director-general, who rated the performance as outstanding, said that it justified the huge investment and sacrifice made by all and sundry.

He said the school would stop at nothing to sustain and surpass the record attained, with strong determination, as long as the students were willing to excel.

Mr Ciroma explained that the candidates, who had successfully completed the vocational training for the law profession as prescribed by the Legal Education Act, exhibited decorum in the process.

“The screening committee of the distinguished Body of Benchers has perused the records of each aspirant and has found them worthy to be presented for the call to the Nigerian bar,” he said.

“I attest that they are fit and proper persons for call and admission to the Nigerian Bar.”

In his remarks, Justice Idris Muhammad, Chairman, Body of Benchers and Chief Justice of Nigeria (CJN), congratulated the candidates, while also commending the school on the process.

He urged them to exhibit high level of professional ethics and decorum, while also preserving the honour and dignity of the profession.

“Your priority is to commit yourselves to the pursuit of justice. Where you see justice not being achieved, do all you can within the ambit of the law to ensure that justice is served.

“Needless to say, if the justice system fails, the confidence of the people in it declines.

“I urge you all to make a difference by leaving your footprints on the sands of time; you have all been equipped with necessary skills, trainings and the ability to make impact in the society,” he said.

The chief justice further implored them to remain civil and ethical with clients, adding that lawyers must show no disrespect to anyone on the basis of religion, tribe, gender or disability, in the discharge of their duties.

The News Agency of Nigeria (NAN) reports that the three-day ceremony was organised by the Body of Benchers, the Council of Legal Education and the Nigerian Law School.