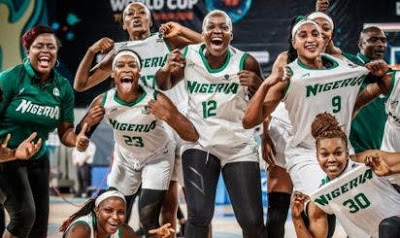 The wait for D’Tigers’ last two oppositions will finally be over when the OQT comes to an end on the 24th of July.

Nigeria’s national female basket team, D’Tigress have been drawn alongside world number one, USA, European powerhouse, France and host- Japan in group B of the women basketball event of the rescheduled Tokyo 2020 Olympic games.

The Tokyo 2020 Olympic Basketball Tournaments official draw for both the women’s and men’s competitions was held on Tuesday at FIBA headquarters at Mies, Switzerland.

The last meeting between Nigeria and USA ended in a slim 76-71 points in favour of the world number one despite the D’Tigress leading for the better part of the game.

For most fans of the D’Tigress, it was more improved showing against the team they had earlier lost to 71-40 at the quarter-finals of the 2018 World Cup.

In the men’s category, D’tigers have been drawn in group B against Australia and winners of the Olympics Qualifying Tournaments from Croatia and Belgrade.

Host- Croatia will battle against Tunisia and Brazil (group B) Germany, Russia and Mexico (group A) for the sole ticket.

The Winner from the Belgrade centre comprising of Dominican Republic, New Zealand, host-Serbia, Puerto Rico, Italy and Senegal will complete the list.

The wait for D’Tigers’ last two oppositions will finally be over when the OQT comes to an end on the 24th of July.