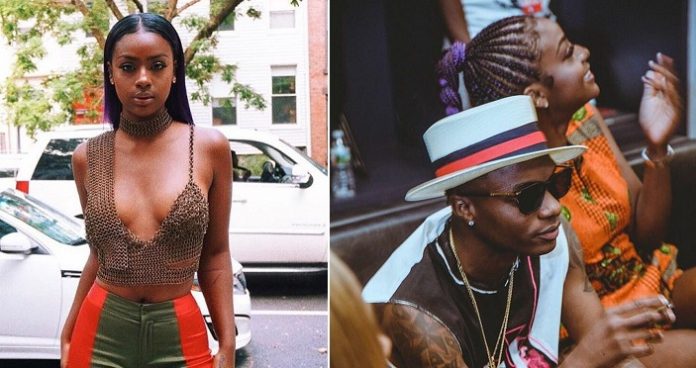 Singer Justine Skye, has made it clear she is not dating Wizkid.

Few days back, the singer released the video of her “Back For More” record featuring Jeremih.

actor, Rotimi playing Skye’s love interest, both were seen atop a bed as he promised not to mess up their relationship.

He however comes back later and says he would rather they remain friends. Angered she told him to go away saying he will be “back for more.” On Tuesday, the singer caused some sort of stir online tweeting “I don’t know why I tricked myself into thinking you were different, you play games for a living.”

Social media users immediately took to her timeline suggesting she was referring to Wizkid whom was rumoured to have dated her.