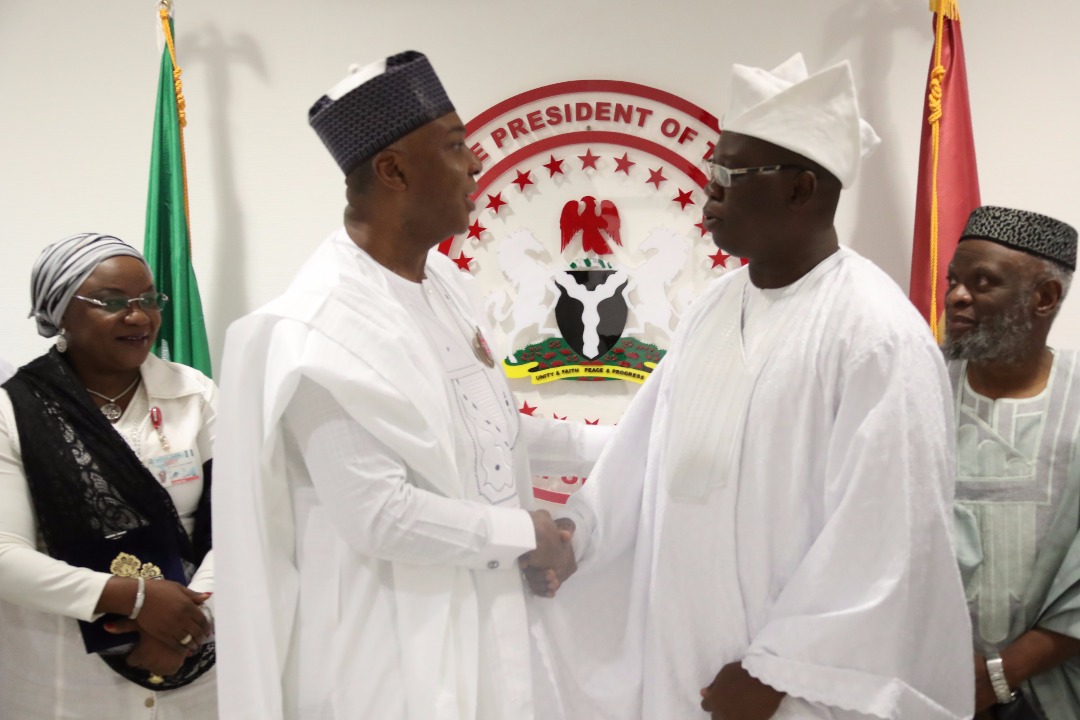 The Senate President received Aare Adams and his team at his office located on the 4th floor of the new Senate building inside the National Assembly Complex, Abuja.

Welcoming Adams, Saraki said, it is good that the younger generations are taking up the mantle of leadership, according to him “I was very delighted and glad when I read it in the news that you have been appointed as the 15th Aare Ona Kakanfo of Yoruba Land, your determination and commitment to the promotion of culture and tradition as well as the defense and love you have for the Yoruba race and Nigeria led you to where you are today”.

Enumerating the virtues of the new Aare Ona Kakanfo, the Senate President revealed that Adams is not a stranger to him, “You are not a new person to me, I have known you for long, especially when I was the Governor of the Kwara State, you come to the state for a lot of cultural and people oriented events, you have distinguished yourself, I thank God for your life. I assure you that I will lead the delegation of the members of the Senate to Oyo on your installation day”

In his speech, Aare Gani Adams explained that his visit to the Senate leader is to introduce himself as the 15th Aare Ona Kakanfo of Yoruba land and requested for the presence of the Senate President at his installation Come January 13, in Oyo. He saluted the courage of Saraki and praised him for the political wisdom he is using in paddling the affairs of the upper chamber.

Adams said,” We witnessed a lot of activities of different Senate Presidents since 1999,but the way and manner you approach issues are excellent, you have transformed and repackaged the Image of the Senate”.